'It is critical that decisions made now ... lay the foundations for resilient and equitable food futures,' says report
Jun 14, 2020 1:30 PM By: Marg. Bruineman, Local Journalism Initiative 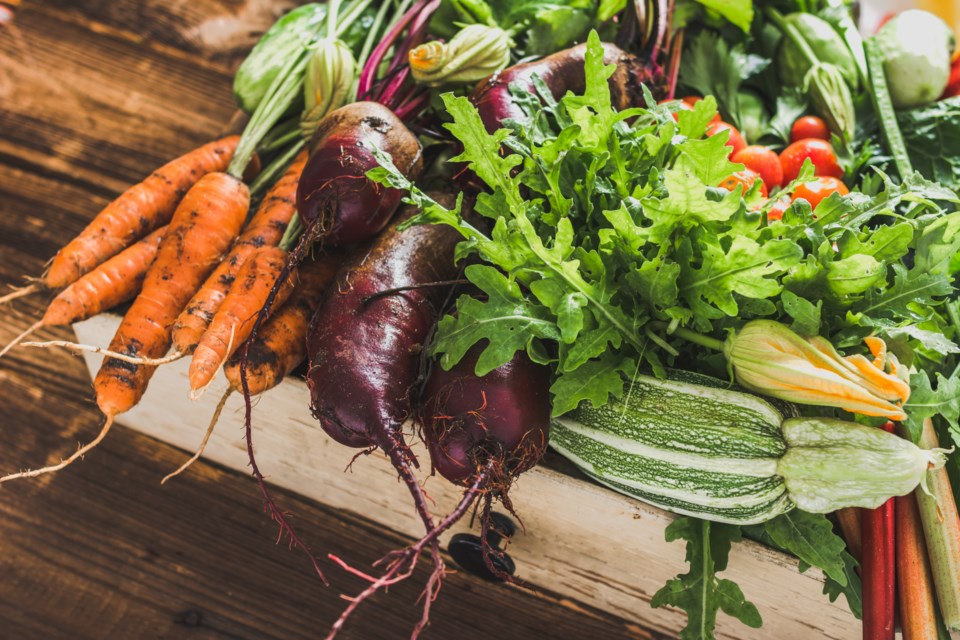 Marcia Woods built her business just for this moment, although she could never have anticipated a global pandemic as she assembled its various components and sought backers over the last few years.

The tech entrepreneur came to Barrie in 2012 to develop FreshSpoke, a wholesale local food software platform provider currently serving 600-plus wholesale buyers from Windsor to Cornwall up to Ottawa with a pipeline through central Ontario through the North Bay corridor.

It is now an anchor business in residence running out of Innisfil Accelerates. On July 1, it is expanding, offering individual consumers curbside pick up and home delivery to Muskoka District, Simcoe County and the city of Toronto from its new Barrie distribution centre on George Street.

“Because of COVID we see the demand and the opportunity shifting, and so while wholesale will continue to grow in our business, we also see a massive opportunity in the direct consumer area,” said Woods.

She points to statistics indicating that prior to the health pandemic online orders accounted for one to two per cent of all grocery sales. That has surged to 10 to 15 per cent in recent months, she said.

Woods sees that dramatic change in purchasing habits opening doors for businesses like hers.

She also sees it as an opportunity for a shift in how people access their food and where they get it from.

As COVID-19 took hold on the world, forcing most people to isolate in their own homes and shuttering many businesses, some food flew off grocery store shelves while other food, much of it destined for restaurants, was stockpiled.

The meat-processing industry, which was already having trouble keeping up with demand, then became extremely backed up when two of the country’s largest processing plants had to temporarily shut down when many workers tested positive for the virus. As a result, beef farmers took a hit when they brought their cattle to market for prices way below their cost of production.

Woods, the daughter of a southwestern Ontario farmer who has built two previous businesses, says the food supply chain is broken and there is potential to remove many of its links to provide a more direct connection between the producer of the food and the consumer.

Too much of our food, she argues, is exported and we haven’t done a good job on tapping into the food that is produced in our own backyard.

“The problem is not growing food… the problem is how do you get it from the farm to the consumers. And for too many years we’ve been dancing around this,” said Woods.

“Everything we do, and this is the key to what’s happened in our food supply chain over the last 50 years, we’ve gradually moved our food farther and farther away," she added. "So right now, today, it’s easier for me, without a FreshSpoke, to get a pallet of products from Toronto to Vancouver than it is for me to get one box from Barrie to Orillia.

“The last-mile system for food simply evaporated over the last 50 years which is what shut most local food suppliers out of the wholesale supply chain specifically. And technology is now enabling us to be able to bring people together in one collaborative platform and then share those last-mile delivery services over a number of different suppliers. So now it makes it more cost competitive and more efficient than it has ever been before.”

Woods isn’t alone in calling for change to how food is distributed.

Food Secure Canada, an alliance of organizations working to advance food security, indicates in a recent study that the pandemic has exposed “structural inequalities” in our food systems and challenges with the dominant food supply chains, which it says is largely controlled by a limited number of often multinational corporations.

“It is critical that decisions made now – when system change is finally understood as not only possible, but necessary – lay the foundations for resilient and equitable food futures,” reads the study, Growing resilience and equity: A food policy action plan in the context of COVID-19.

Food security has been “a long-standing concern” for the Simcoe Muskoka District Health Unit, said Dr. Charles Gardner who has also previously called for a guaranteed income for Canadians.

That concern will likely be heightened as society feels the lingering effects of the pandemic with so many people suddenly out of work.

The problems related to security in the food chain highlighted by the pandemic were pre-existing, said David A. Johnstone, professor and director of the Schulich School of Business Master of supply chain management program at York University.

He suggested alternatives, such as contingency plans or even developing a supply chain parallel to the existing one may help to respond to concerns.

“Right now, the system has been optimized for basically people who are very price sensitive,” resulting in consolidations in areas like meat processing where there are only a few players, he said.

“If people want a more secure supply chain, I think there are opportunities to make supply chains less fragile without necessarily increasing the price by thinking them through better, designing them better. But then there’s also a point where some food, and to get security and quality of that food, would cost us more," Johnstone added.

COVID-19, Woods says, is providing that opportunity for change. And through FreshSpoke, she may well be laying down the infrastructure for a parallel system.

“Not only have we seen an incredible surge in adoption of online we are also seeing a massive migration from conventional supply chain products that 80 per cent come in from south of the border to far more interest in the general consumer to purchase locally,” she said. “It’s also been a much-needed wake-up call about the fragility of our food system and how food insecure we really are.”

FreshSpoke, which Woods co-developed with partner Henry Quach, a software engineer, to leverage the excess capacity of trucks already on the road for deliveries between consolidation points. Through their Vietnam-based technology centre, the company developed the technology to automate the order, payment and delivery, enabling smaller suppliers to share the resources.

“We really had to adapt our own workflows and sales and sales pipeline to accommodate and bring people along in terms of continued adoption to technology… now they’re doing that. It was that fast,” said Woods.