NEW YORK — The Columbia University Marching Band, which had run-ins with school administration over the years over situations like mocking its own team, has decided to voluntarily shut itself down over what it called a history “grounded in prejudiced
Sep 16, 2020 9:50 PM By: Canadian Press 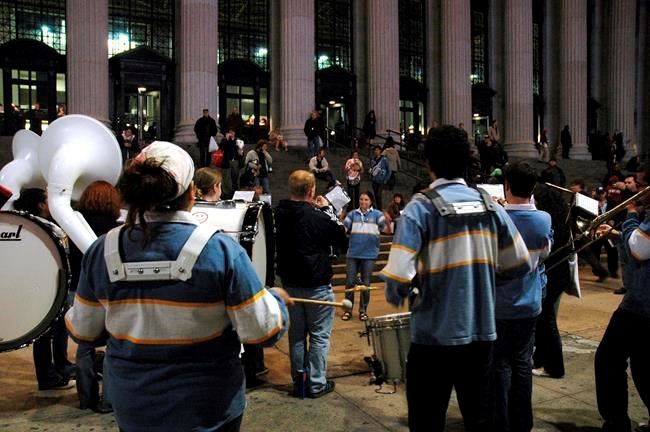 NEW YORK — The Columbia University Marching Band, which had run-ins with school administration over the years over situations like mocking its own team, has decided to voluntarily shut itself down over what it called a history “grounded in prejudiced culture and traditions."

In a statement issued earlier this week, the band said a town hall had been held over the weekend in the wake of recent anonymous postings that made accusations “of sexual misconduct, assault, theft, racism, and injury to individuals and the Columbia community as a whole" over the years.

The band's statement did not detail specifics of any allegations, but said there were more than 20 current members at the meeting, and the band “unanimously and enthusiastically decided to dissolve."

“The band has maintained a club structure founded on the basis of racism, cultural oppression, misogyny, and sexual harassment," the statement said. “While substantial efforts have been made in recent years toward undoing decades of wrongdoing, we as a band feel ultimately that it is impossible to reform an organization so grounded in prejudiced culture and traditions."

It was unclear how the band's shutdown would proceed. Emails to band leadership were not answered.

In a statement, Columbia University said, “We respect efforts of the band’s student leadership to address in a serious manner recent reports of offensive and unacceptable conduct entirely at odds with the values of our university.”

The Columbia University Band Alumni Association put out a statement saying it “categorically" rejected how the band's history was being characterized.

“Let us be clear: the Marching Band is not and has never been in our collective memory — which spans every decade since the 1950s — a racist or sexist organization, nor has it promoted racism, nor has it fostered sexual harassment, misogyny, or cultural oppression," the statement said.

The band, which called itself the “Cleverest Band in the World,” has had a contentious relationship with the administration. It got in trouble over some of its antics like a tradition of playing in a campus building the night before a particular class exam despite the university prohibiting it.

In 2011, it was temporarily banned from playing at a Columbia football season finale because the band made fun of the team's poor performance with alternate words to the school fight song. Musicians were allowed back after an apology.

Former Japanese PM Abe visits controversial Tokyo shrine
Sep 19, 2020 5:32 AM
Comments
We welcome your feedback and encourage you to share your thoughts. We ask that you be respectful of others and their points of view, refrain from personal attacks and stay on topic. To learn about our commenting policies and how we moderate, please read our Community Guidelines.