For this week’s What’s Up Wednesday we spoke with Ashley Martin, manager of VanderMarck Boutique Hotel on Third and Pine Streets
0
Jul 17, 2019 11:00 AM By: Jessica Owen 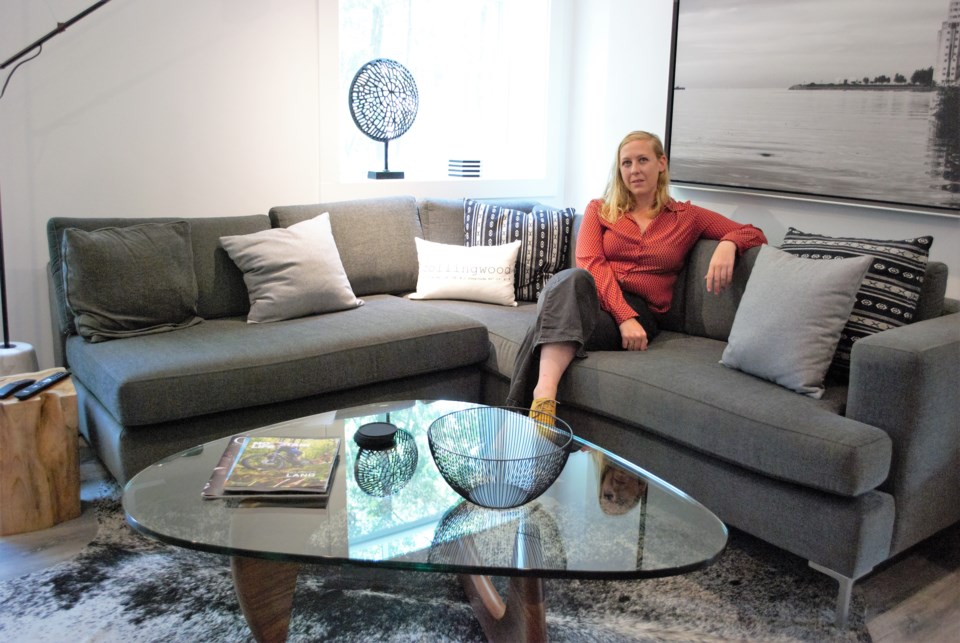 Ashley Martin, hotel manager, sits in one of the newly renovated suites at the VanderMarck Boutique Hotel in Collingwood. Jessica Owen/CollingwoodToday

What’s old is new again with the opening of the VanderMarck Boutique Hotel on Third Street.

While the renovated heritage district property on Third and Pine streets opened two months ago to guests, they’re having their grand opening on July 23.

The house has a unique history, built in 1912 for the town doctor and one-time Mayor Joseph Arthur, by Toronto architect Eden Smith.

Yvonne and Randy Weinstein, who currently live in Toronto but vacation in Collingwood, purchased the property with the goal of creating either a rental or hotel space.

“We’re honoured to be a part of the downtown business community because the town is flourishing so much,” said Ashley Martin, manager of the hotel.

Eventually, the duo plans to retire in Collingwood. In the meantime, Martin manages the hotel.

Being steps away from Collingwood’s downtown was one of the driving forces behind the project.

“We’re in the heart of it. We want to do everything we can to promote our downtown local business community as well as encourage our guests to explore, shop and dine in the neighbourhood,” said Martin.

The hotel has been divided into eight suites, from two-bedrooms to studio apartments. The suites are styled like apartments, with kitchenettes, balconies and laundry facilities in some suites.

Down the road, Martin said the hope is to be able to host small events on the site.

The hotel doesn’t have a front desk. Visitors book and pay through the hotel’s website, and all the doors have key codes.

“The idea is, you have maximum privacy when you stay here. You don’t have to go through the check-in process. If they need anything during their stay, they can email us or we have an emergency phone in the lobby,” said Martin. “People can be self-sufficient.”

All the photography hung on the walls around the hotel is also taken by area photographers of local sights.

One of the challenges of choosing to set up the hotel on a heritage site is the many rules that need to be followed when renovating. Martin said it was necessary for the structure to be completely gutted on the inside, but the exterior was kept in tact.

“One of the main hurdles we experienced was an extension in our timeline, and a lot of extra expenses that weren’t foreseen,” said Martin. “For example, we had to put wooden windows in because all the windows that were here were rotten and needed to be replaced. The cost difference between doing a modern vinyl window and a wood window is huge.”

“There’s things that had to be worked around because of the age of the building,” she added. “The timeline was definitely extended because of what was needed, but it was worth it.”

Local animal lover has made dogs her full-time adventure
Dec 11, 2019 5:00 PM
Comments
We welcome your feedback and encourage you to share your thoughts on this story. We ask that you be respectful of others and their points of view, refrain from personal attacks and stay on topic. To learn about our commenting policies and how we moderate, please read our Community Guidelines.