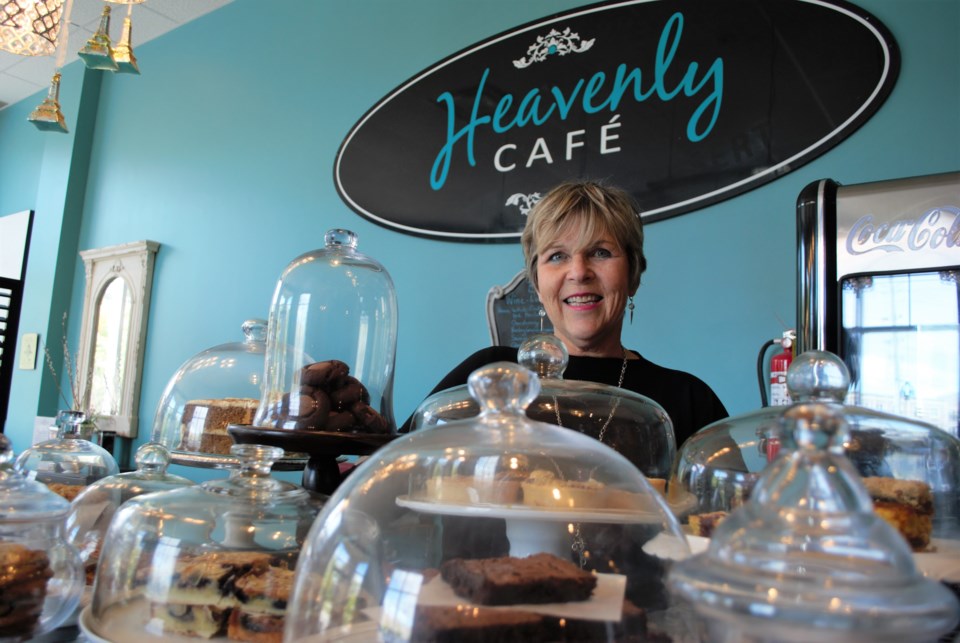 A chocolatier brought her European influence to the dessert business in Collingwood about 10 years ago, and has only expanded since.

Heli Vogrin, owner of Heavenly Café at 10 Keith Avenue, gets her passion for food from her upbringing. The restaurant has lived at its current location at 10 Keith Avenue in Collingwood since January 2016. Before that, it was on Pine Street for five years, then called Heavenly Sweets Café.

“My background is in cookies and chocolate,” said Vogrin. “It was also in wholesale. I used to manufacture a line of gourmet cookies that were sold all across the country, called Heavenly Sweets. I did that for many, many years.”

“I was doing wholesale as well as the café on Pine Street and it was difficult to do both things properly,” she said.

Vogrin moved up to Collingwood permanently when her son started high school.

“As soon as I moved here, our restaurant just increased (in sales) by about 50 per cent. It was unbelievable,” she said.

Vogrin’s parents come from Estonia, and she said her love of desserts started as a love of cooking.

“Food has always been a really important part of European culture,” she said. “You would sit around the dining room table the whole night long. After your meal you have your dessert and you sit there and talk. That’s what I grew up with.”

Vogrin said her memories of helping her mother in the kitchen growing up have stuck with her. Some of the recipes for the food in the café come directly from her mother’s cookbook, such as the crepes.

“Being around a dining room table brings people together. I learned my passion for food from my mom,” she said.

When moving locations four years back, Vogrin opted to change the name to keep up with the expanding menu.

“When people saw the sign that said Heavenly Sweets Café, they thought we were just desserts. We’re not just a dessert place,” she said. “Even now, the word ‘café’ can be confusing to people. A lot of people think café means coffee shop. In Europe, a café is a restaurant.”

Now, the café boasts coffee, sweets, a breakfast and lunch menu and is fully licensed with a selection of wine and cocktails available.

Many of the desserts are made on site, but some are brought in from Toronto.

“You can’t do everything great, so you pick and choose,” said Vogrin. “We offer something a little different.”

Down the road, Vogrin wants to add a retail element to the café with gourmet foods such as oils, vinegars, packaged products and prepared foods. She also would like to host special events.

“I’d like to do a dinner club, maybe once a month with a pre-set, pre-sold dinner,” she said.

Looking back over the evolution of her business, Vogrin is pleased with the direction it has taken.

“I always did want to have a restaurant, but I just never thought I would,” she said. “I loved the wholesale side, but what I didn’t like about it was, you didn’t have the people contact in that line of business.”

“Here, what makes it so wonderful is the people you meet,” she added.

Heavenly Café is located at 10 Keith Avenue in the Cranberry Mews plaza.