‘I certainly would have appreciated this being of a higher importance to the town in terms of economic viability for our businesses in this insane year we've been in,’ Nicole Paara, co-owner of the Bruce Wine Bar
Jun 15, 2021 7:00 PM By: Jennifer Golletz 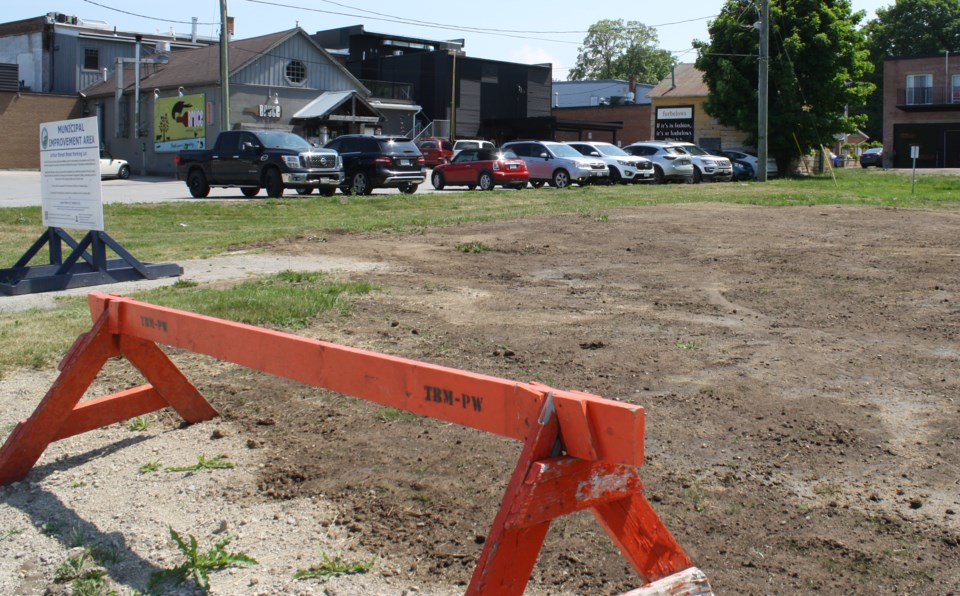 Local business owners in Thornbury say the town is ‘woefully unprepared’ for the arrival of summer guests.

“We feel that the town overall is ill-prepared to handle the tourists, cyclists and even residents who want to shop in our town,” stated four local business owners - Nicole Paara, co-owner of the Bruce Wine Bar, Casey Thompson from the Cheese Gallery, Alix Haddy of Good Grief Coffee and Dave Smith, owner and operator of the Thornbury Bakery - in a public comment made to the Town of the Blue Mountains (TBM) council.

The public comment was sent to the town on Friday and read aloud during the council meeting held on Monday afternoon.

“There is no sign that our town is ready to manage the growing influx of residents and visitors that continue to frequent our town,” continued the correspondence.

The business operators said the town has been too slow to enact its plans to set up parkettes at 15/17 Arthur Street West and the Hester Street Parkette.

“The initial response was very slow,” said Paara in an interview with CollingwoodToday. “We had reached out to the town many weeks ago and asked what the status of the park was.”

She added that her business looks out onto the location of what is supposed to be a community green space on Arthur Street West and she has watched as the town laid down grass seed and then didn’t return to the site for several weeks.

The business owners said they are concerned that summer is here and the town is not set up with washrooms, hand washing stations or places for people to sit.

Town staff had previously said the parkettes would be opened in time for stage one of the provincial reopening, which began on Friday.

But as Thornbury's local businesses began to reopen and welcome patrons over the weekend, the parkettes remained empty lots.

Since sending the correspondence to town hall, Paara said there has been some activity at the sites.

“I haven't received any further response from anyone at the town since we submitted the letter,” said Paara. “But there were some members of the town parks department out on the site on Friday and spoke with my business partner, Shaun. And they actually did make some progress on the park yesterday, which is really great.”

Ryan Gibbons, director of community services for TBM confirmed that creation of the public spaces is in progress.

“The barriers at the Hester Street Parkette were installed on Friday. The space was outfitted with Muskoka chairs and flower planters to help beautify and create a welcoming space for residents and visitors,” Gibbons said.

Gibbons confirmed that town staff are also actively starting to prepare the community green space for public use at the Arthur Street location.

“Wood chips have been added along with benches and picnic tables throughout the site. A portable toilet, garbage cans, bike racks and a hand-washing station will also be installed this week. The town is also actively working with local artists to help beautify the site with art installations,” he said.

Paara said that she is happy to see some progress on the public spaces, but added that it was a bit disappointing that the local business owners had to make a fuss in order to see the progress.

“I understand that they [the town] were up against the lockdown measures as well, and that they didn't necessarily want to put things in place to encourage gathering during lockdown. But I think just the overall feeling we got was this was not a priority,” Paara said.

She added that after the difficult year small businesses have been dealing with, she wanted local businesses to be high on the town's priority list.

“It was really disappointing that we had to push as hard as we did to even get an answer. And then when we did push, it seems we got some results, which is really wonderful. I love that. But I certainly would have appreciated this being of a higher importance to the town in terms of economic viability for our businesses in this insane year we've been in,” Paara continued.

With the start of the summer season generally beginning on May long weekend, the business owners were hopeful these spaces would have been ready to go several weeks ago.

“This isn't a new problem. More and more people come every year, so we need to figure out a way, as a town, to welcome them safely and properly and with proper facilities,” she said.

“We have to have the infrastructure to be able to manage the people that are coming in. It's not a surprise that they're here. We've known and we've seen this traffic for years in town. So, I think that's where there's a little bit of frustration.”

Paara added that she is grateful the town has decided to include a portable washroom facility at the Hester Street Parkette, which was not in the original plans for the site, as visitors looking for a washroom has also become a strain on local businesses.

“We become a revolving door of people looking to use the washroom. And we can only have two or three people in our little shop as it is. So, you start adding in that washroom traffic and it's just not realistic,” she said.

Gibbons confirmed that a portable toilet has been stationed in the Hester Street Parkette, and pointed out that there are washrooms available "relatively close by" at Cedar Grove Park. He also noted a second portable toilet will be installed at the 15/17 Arthur Street property.