TBM moves ahead with paid parking at four beaches including Northwinds

A $200 seasonal pass will be available to residents of neighbouring municipalities, which includes: Clearview, Grey Highlands, Meaford and the town of Collingwood
Jun 29, 2020 6:30 PM By: Jennifer Golletz 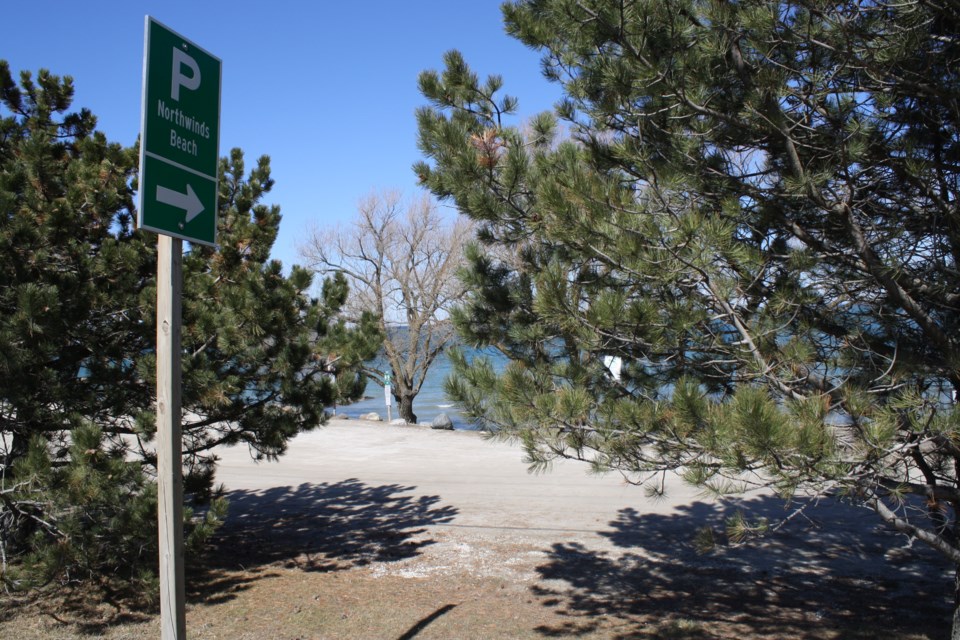 Those visiting the Town of the Blue Mountains’ (TBM) summer hotspots will be looking at a new $5 per hour parking fee and a four-hour time limit.

TBM will be establishing a paid parking pilot at Northwinds Beach, Peasemarsh, the Thornbury Harbour, and Lora Bay Park.

“We want to give everyone a chance to use the beach,” said TBM mayor, Alar Soever. “We don’t want to get to the point where Sauble Beach is at, where they just have too many people and have to close the beaches, period. I think we may end up there if we do not regulate the number of people on the beach.”At a council meeting held earlier today,

TBM officially passed a motion for the $5/hour rate, a considerable drop from the project’s original plan of a $10/hour rate that had been passed in the town’s 2020 budget.

Town residents will be exempt to the new paid parking bylaw and will be allowed to park at the paid parking sites, without charge or time limit.

TBM council determined that a ‘town resident’ would be defined as, “someone who is permitted to vote in the TBM municipal election, including residential owners and residential tenants.”

“Keeping it simple will be the easiest way when we are introducing something new like this that may be contentious with some people. The simpler we keep it, the easier it will be to implement,” said TBM deputy mayor, Rob Potter

Town council also responded to the requests of those in neighbouring municipalities that frequent the town’s beaches by providing the option of a seasonal pass.

The seasonal pass will only be available to residents of neighbouring municipalities, which includes: Clearview, Grey Highlands, Meaford and Collingwood.

The seasonal pass will cost $200. Season pass holders will also be subject to the four-hour time limit.

TBM residents and seasonal pass holders will be provided with a card that must be displayed on the car’s dash.

Council also approved the parking restrictions on roads that neighbour these beachfront properties. This includes some no parking zones and other areas with time limits.

Requests for proposals for the TBM paid parking project were released on Friday and town staff will be moving forward with implementing the new fees and restrictions at town sites as soon as possible.

Area hospitals play a critical role in doctor recruitment, says TBM councillor
Jul 6, 2020 10:00 AM
Comments
We welcome your feedback and encourage you to share your thoughts. We ask that you be respectful of others and their points of view, refrain from personal attacks and stay on topic. To learn about our commenting policies and how we moderate, please read our Community Guidelines.