'It doesn't recognize the fact that there are many communities around the province that have additional costs that aren't attributed to their own residents, but rather people from other parts of Ontario,' said Mayor Alar Soever
Mar 9, 2021 11:15 AM By: Jennifer Golletz 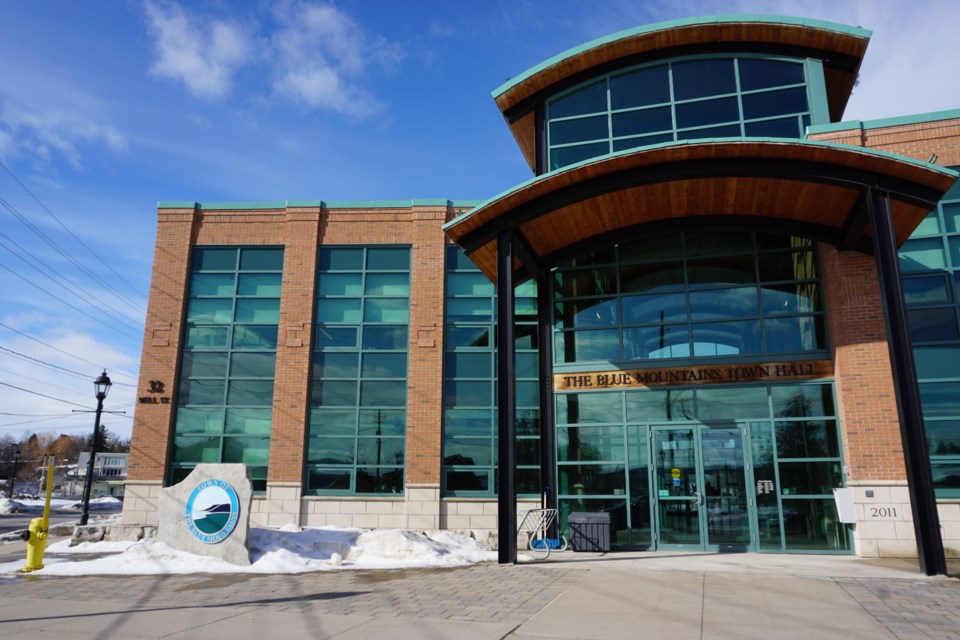 TBM mayor says the new allocation model doesn’t add up - it punishes those communities that have spent money to keep COVID cases low and does not take into account expenses the municipality is incurring from individuals that are not included in the household assessment numbers. Jennifer Golletz/ CollingwoodToday

The mayor of the Town of the Blue Mountains (TBM) said the latest round of COVID-relief funding from the province does not take into account the impacts of tourism.

“They're going to be inflicting tourism on us, or excess tourism. And, we're going to have to manage that to keep our community safe,” said Alar Soever, mayor of TBM, pointing out that the province has earmarked 2021 as the “year of the staycation”.

“I don't believe that their formula recognizes the cost we have in dealing with tourism,” he continued

The provincial government announced its third round of COVID-relief funding last week, which included a change in how the money is allocated.

In the second round of the funding roll-out, municipalities were required to apply for funding with justification as to where previous funds had been spent and why more funding was required.

In the latest round of funding, the province allocated the funds without an application process, and based funding amounts on the proportion of COVID-19 cases in the public health unit for the respective municipality during the period of Jan. 1 to Feb. 18.

Soever says the new allocation model doesn’t add up – it punishes those communities that have spent money to keep COVID cases low and does not take into account expenses the municipality is incurring from individuals that are not included in the household assessment numbers.

“It doesn't recognize the fact that there are many communities around the province that have additional costs that aren't attributed to their own residents, but rather people from other parts of Ontario,” Soever said.

“It's very upsetting to have the province basically reward communities that did very little and just on the basis of high-case counts,” he continued.

At a council meeting held on Monday afternoon, TBM council received a letter from Steve Clark, Minister of Municipal Affairs and Housing, which outlined the funding allocation through the joint provincial-federal Safe Restart Agreement.

According to the new funding formula, TBM has been allotted $148,523, which will be delivered to the municipality in two instalments in May and November.

“In 2020, not only did we have the $900,000 in expenses, but there was also lost revenue. We waived the penalty and interest, we didn't see the revenue materialize the community centre. So, certainly that's going to continue into 2021,” said Ruth Prince, director of finance and IT for TBM.

According to Soever, the way TBM dealt with tourism last year was not by telling people that they could not come to the community, but rather by instituting health protocols in all businesses, working closely with the Blue Mountain Village Association and creating new bylaws to manage capacity - all of which costs money.

“We've had reasonably low COVID case counts, working in conjunction with the health department here in Grey-Bruce, because we spent the money to do that,” said TBM councillor Rob Sampson. “We've hired extra bylaw enforcement officers, we went through a rather extensive mask by-law program, just to name a few.”

Soever said he would like to see a more equitable distribution model that is based on how much each municipality actually spent on COVID-19 safety measures.

“We're at $18.65 per household this year,” Soever stated. “Last year, when part of the funding was application-based and we were only one of 48 municipalities to apply, and we were allotted $60.79 a household.”

“Even Collingwood, even though they're getting $40 per household, they're still getting less than last year because there is no application-based funding this year. And obviously, there are a lot of their costs that are related to tourism and are not directly related to their number of households,” Soever added.

In the letter to municipalities, Minister Clark acknowledged that the funding may not be sufficient to cover all municipal operating impacts due to COVID-19.

“The province expects municipalities to do their part by continuing to find efficiencies in their operating services and using existing reserves and reserve funds that have been specifically put aside for such unforeseen circumstances,” Clark wrote.

“Communities may need more COVID-19 related operating funding in the coming year, and we will continue to advocate on your behalf to the federal government. I encourage you to contact your local Member of Parliament to seek further federal support in order to help municipalities deal with their operating impacts due to COVID-19,” Clark continued.

After much discussion, TBM council members unanimously passed a motion that will see Soever pen a “stern” letter to the minister outlining the municipality’s thoughts on the province’s new funding formula.

“It is very disappointing. The funding is very GTA-centric,” Soever added.

TBM council also asked that the letter be distributed to the Association of Municipalities of Ontario (AMO), as well as other municipalities that may be impacted by the change in how relief funds are being allocated.

COVID-related complaints are on the rise in Grey Highlands
Apr 22, 2021 8:00 AM
Comments