TBM council is expected to deliberate on the budget for four days in December once a first draft is presented in mid-November
Jun 9, 2021 6:00 PM By: Jennifer Golletz 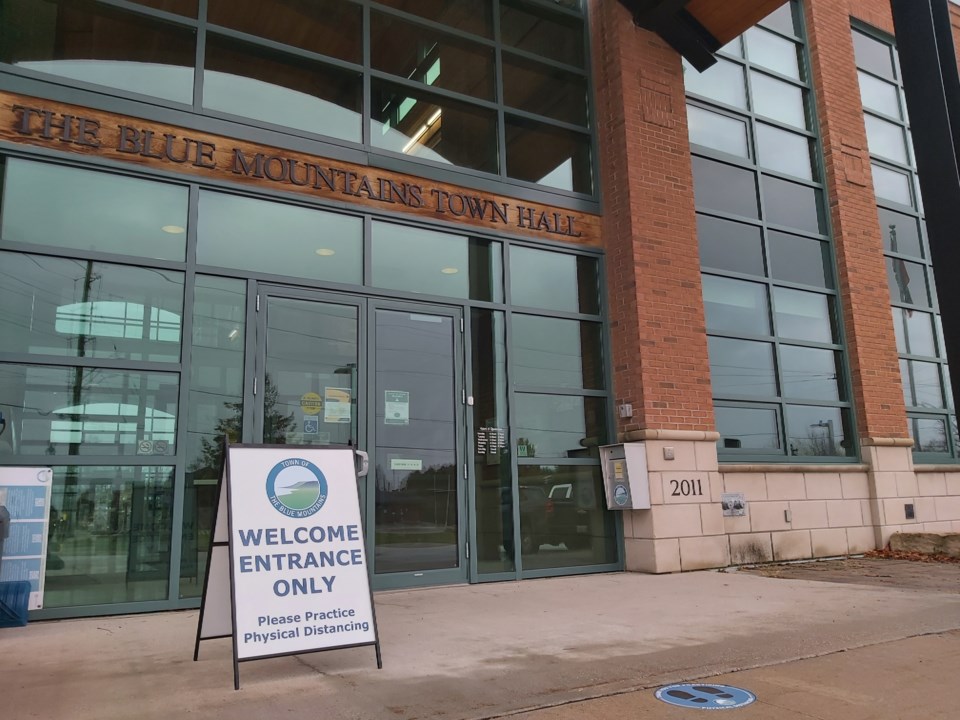 The first draft of the 2022 budget is expected to be released on Nov. 12. Jennifer Golletz/ CollingwoodToday

Budget deliberations for 2022 have begun at the Town of The Blue Mountains (TBM) and council members are asking staff to maintain current service levels without increasing the tax levy.

“I would propose that staff work toward a zero per cent increase. I know it's going to be challenging,” said TBM Mayor Alar Soever.

At a recent committee of the whole meeting, TBM council members directed staff to begin the 2022 budget process with the intent of reaching a zero per cent levy increase, while maintaining current service levels.

“After doing budgets for a number of years, having that direction from council for the percentage is hugely helpful, especially as we start going through the staff deliberations,” said TBM CAO Shawn Everitt.

Staff will be working over the next few months to prepare the 2022 draft budget that is expected to be released to the council and public on Nov. 12.

Following the release of the initial budget document, four days have been scheduled in December (Dec. 2, 3, 6, and 7) for committee of the whole meetings to specifically discuss the budget.

A public meeting will be held in mid-January to solicit feedback from residents and final approval of the budget is set for the beginning of February.

Although early in the process, town staff have already pinpointed a few large items that are expected to impact the overall budget, such as staff salaries, the Ontario Provincial Police (OPP) contract, transfers to reserve funds and debt repayment.

Salaries at TBM town hall are noted to be the town’s largest expense and an increase is anticipated in 2022 due to the rising cost of living, a compensation review that was conducted this year, as well as annualising the positions added through the 2021 budget, which staff say will add $110,000 to the 2022 base budget.

TBM’s agreement with the OPP is also anticipated to increase by at least two per cent in 2022, however, the increased amount will not be confirmed until the fall.

This year, TBM staff also conducted an asset management plan, which determined that the town has been under-funding capital reserve funds - specifically on the taxation side. For instance, for the Bridge and Culvert and Roads Asset Management Plans, staff report TBM will need to increase contributions by $450,000 in 2022.

In addition, town staff say $226,000 will need to be allocated for debt payments from recent land purchases and the town’s landfill mining and expansion project.

The coming year will also present a few smaller budget item additions, such as COVID-19 impacts, revenue shortfalls from facility closures, and the additional expense of grooming the Georgian Trail through the winter months.

“Wastewater, for a number of years, was receiving a lot of revenue from private septic, that revenue has dried up. So, for the past couple of years, we've been having to increase this consumption rate to make up for that lost revenue. That's why we see water and wastewater and become a little bit disconnected,” explained Sam Dinsmore, deputy treasurer/manager of accounting and budgets for TBM.

This year’s budget process will also see town staff draw on expertise from the community, as the Blue Mountain Ratepayers Association (BMRA) have requested to work with town staff in an effort to run a zero-base budgeting exercise.

“The BMRA has really been consistent in its participation around budget review activities. There's a lot of expertise there,” said Councillor Paula Hope.

The BMRA is encouraging the town to focus beyond a broad goal such as “zero per cent tax increase to current ratepayer while maintaining current service levels” to a more strategic and long-term approach.

The association would like to see the town “apply prudence to managing short-term budget considerations, while also keeping in focus long-term structural issues”.

As directed by council, town staff will be working with the BMRA specifically within the accounting and budgets department, however, this will not include the IT or revenue portions of the department.

“My team will be working with the BMRA on doing enhancements to the zero-based budgeting that will then be presented in the 2022 budget,” Dinsmore said.

“This will be conducted in the accounting and budgets department and will be kind of the pilot to allow us to possibly build templates, get some get a good workflow, good process developed, and then we can start to roll that out to the rest of the departments in future years,” he added.