Grey Bruce Health Unit’s Medical Officer of Health says beaches can be COVID-safe places if people keep six feet of distance between each other
Jul 9, 2020 1:00 PM By: Jennifer Golletz 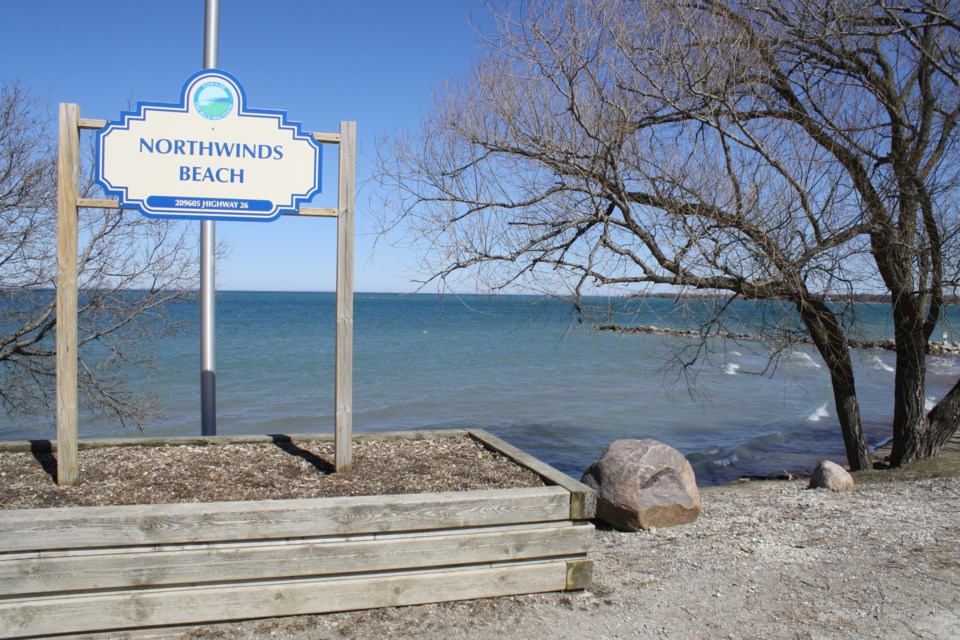 Northwinds Beach in the Town of the Blue Mountains has become an area of concern for town staff who are trying to maintain COVID-19 safety protocol. JenniferGolletz/ CollingwoodToday

Grey Bruce Health Unit’s top doc says the COVID-related health risks of going to the beach are minimal – just be mindful of the crowds.

“Beaches have crowds on them and that is expected,” says Dr. Ian Arra, chief medical officer of health for the Grey Bruce Health Unit (GBHU). “Having people, as long as they are following the order of fewer than 10 people [gathering], on the beach is no different risk than having activity on the sidewalk.”

He says safety awareness should be focused on maintaining social distance.

“There is no increased risk from being in the water,” Arra says. “Increased risk is from uncontrolled gatherings over 10 people."

Arra adds that the health unit has seen far fewer complaints in regards to area beaches than had been expected.

“All-in-all there are concerns there for things to go the way Trinity Park went. But, so far, everything has been manageable and the public has been doing the right thing,” he said.

The Town of the Blue Mountains (TBM) Mayor, Alar Soever, says TBM is seeing increased traffic due, in part, to a lot of people choosing staycations over vacations this year.

“The beaches are certainly an issue and every weekend we see more and more people coming up this way,” Soever says.

“What we are doing to manage this is beefing up our by-law staff,” he continues. “They are regulating the amount of people they are allowing into parking lots, which keeps the number of people on the beach to a limit that can safely socially distance.”

Soever says the management of the waterfront properties has become a growing topic of conversation at town hall and will be closely monitored.

“The issue here is that we don’t have huge beachfronts, like Wasaga Beach. They are also spread out, which presents a challenge,” he adds. “People are coming here and enjoying these areas but not always responsibly.”

Soever says TBM will be establishing a page on its Explore Blue website to help the public in their search to find beach availability.

“Some of our beaches are only 60 to 80-metres long and at some point these beaches will be full and people will be turned away,” Soever says.

Arra says the public health unit and local municipalities have been focusing their efforts around limiting any and all mass gatherings.

TBM staff have noted additional signage will be placed before the coming weekend.

The municipality will also be implementing a paid parking pilot in early August, which town staff and council hope will help spread out crowds.

“Right now people will not go to Craigleith Provincial Park because they charge $15.50 for the day pass, so they would rather go to Northwinds Beach. But if parking at Northwinds Beach costs $5 an hour, they will use Craigleith,” says Soever.

“The main thing is to get the rates right so it isn’t prohibitive for people, but it can level the playing field, so people are not attracted to where it is free,” he says.

Blue Mountains Public Library to reopen Aug. 18 with limited access
Aug 7, 2020 8:30 AM
Comments
We welcome your feedback and encourage you to share your thoughts. We ask that you be respectful of others and their points of view, refrain from personal attacks and stay on topic. To learn about our commenting policies and how we moderate, please read our Community Guidelines.