Local layoffs, closures, and silence on the booking phone lines. COVID-19 is having an 'immediate and devastating' effect on the tourism industry
Mar 21, 2020 8:30 AM By: Jennifer Golletz 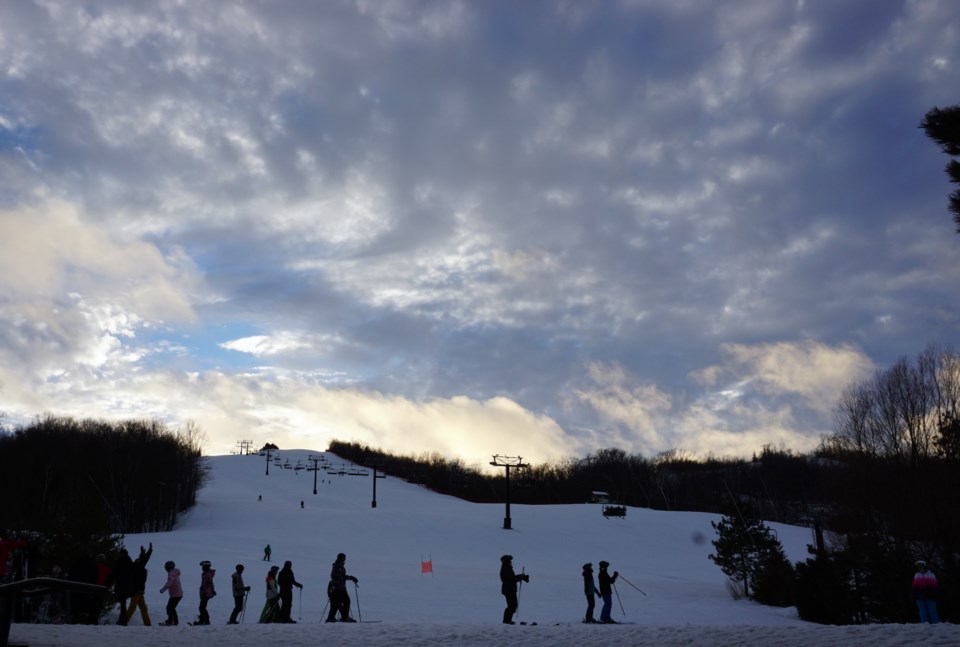 The Blue Mountain Resort suspended operations on March 15 due to COVID-19, closing all lift operations, base lodges, attractions and rental services. JenniferGolletz/CollingwoodToday

COVID-19 has caused a major blow to one of the area's largest industries: tourism.

“The region is currently functioning at less than 10 per cent of what it would be during the month of March, one of the region’s most important times for visitation and sales,” says Andrew Siegwart, president of the Blue Mountain Village Association. “Tourism in Bruce, Grey and Simcoe Counties accounts for more than $400 million dollars in annual sales, so even a short downturn will have an impact on our economy.”

“The best we can, we have moved our teams to shutting down for ski season and preparing for green season and have transitioned many staff to start working from home," says Tara Lovell, manager of public relations for Blue Mountains Resort. "The majority of our stores and food service operations have closed for the time being with a small number open to serve guests who are staying on resort or in the community.”

The Scandinave Spa, which is normally one of the area’s busiest attractions is also feeling the impacts of COVID-19. All Scandinave Spa locations across Canada suspended their operations effective March 16.

“We have been 100 per cent negatively affected in the day-to-day visitation and have cancelled 100 per cent of our massage bookings through March 31,” says Mylisa Henderson, director of sales and marketing for Scandinave Spa. “Calls to book in the future have also been 90 per cent less than our usual booking volume.”

Tim Hendry the director of communications and economic development for the Town of the Blue Mountains (TBM) says there have been active phone calls between local businesses and tourism leaders throughout the community.

“Regionally there is a lot of conversation around business continuity and relief efforts once this pandemic settles or passes,” Hendry says. “There is currently a survey circulating to businesses asking for details relating to the economic impact COVID is having on their business.”

The survey, which both Siegwart, Henderson and approximately 50 other local business owners have participated in, has been brought forward by the Tourism Industry Association of Ontario (TIAO).

“COVID-19 is having an immediate and devastating impact on the tourism industry. What our survey shows is the extent to which some businesses are already laying off workers, with further layoffs expected, reducing operating hours and in many cases closing as a result of an unprecedented number of cancellations and reductions in bookings. We’re relaying this data directly to both the provincial and federal,” said Beth Potter, president and CEO of TIAO in a press release.

The survey is already showing the devastating effects COVID-19, less than one week after most businesses closed their doors.

Data collected between March 12 to 16 from 2,000 respondents shows an 80 per cent drop in hotel reservations, reports of mass layoffs and, in some cases, bankruptcy. Thousands of dollars in revenue has already been lost and 100 per cent of all group bookings are being cancelled.

“We’re hopeful that there will be immediate significant economic support to both small and large operators. The announcements from the government are encouraging but we need the detail behind the support packages and the implementation plans urgently,” said Potter. “What is clear from this report is that we need a substantial and urgent economic stimulus package covering wage protections, tax credits, small business loans and utility costs. If not, as our stakeholders are telling us, the tourism industry in Ontario might never recover in its current form.”

Siegwart says he is hopeful the economic support includes support for individuals and small business owners as well as forward-looking support that will help businesses reinvigorate tourism to the area.

“While the complete economic impact will likely not be fully understood for a few weeks or more, we are working closely with our partners across the region, RT07, the province and the federal government to prepare and execute a recovery program that will be meaningful for the industry and, most importantly, our visitors and community,” Siegwart says. “Our competitive advantage in South Georgian Bay is our productive collaborative networks, I have seen them in action over the past weeks and have full confidence in this community’s ability to work together.”

Hendry says the town's role in this is to make sure information is being shared and that all of the business owners have the opportunity to voice their concerns and participate in surveys like this one.

“It will come down to a political perspective of the town council and the provincial ministries to make sure the needs of the businesses within the TBM are reflected within the relief packages and strategies put forward,” Hendry says.

Henderson says she would like to see further local measures taken by the municipality to help local business owners.

“We will ask the TBM to financially support all businesses impacted by COVID-19 by deferring municipal taxes, utility charges and other local costs for at least 60 days (similar to the announcement made by the City of Toronto),” she says. “We would also ask the town to be shovel-ready with strong economic initiatives once this crisis is over and work with our regional tourism organizations to promote our region.”

As the local industry waits, alongside the rest of the world, to see the full economic impacts of COVID realized, many employees of these local businesses have been laid off or shifted into different roles.

“Businesses in the Village are working hard to keep as many employees as possible,” says Siegwart. “However, temporary layoffs are taking place where business volumes have dropped significantly.”

He adds that the Village is working with other local sectors, such as agriculture, which is facing a shortage of workers due to the closure of the border, to find opportunities for employees looking for work.

“We are also appreciative of all the support being provided to affected workers by the federal government,” he adds.

The Scandinavian Spa has paid 100 per cent of its staff wages through March 27, but has had to send layoff notices as of March 28.

“Contracted registered massage therapists will qualify for the new compensation plan announced by the federal government,” she adds. “As local business owners, we are concerned for the wellness and viability of our employees, suppliers and partners. The financial impact on every business, family and the tourism industry generally will not be fully realized until everyone is back to their normal routines.”

COVID 19 Impact on Ontario Tourism Operations survey will run until 8 a.m. on March 23. If you are a local business owner or are involved in the tourism industry, you are asked to participate in order to collect the data required to adequately determine the amount of financial support needed by the tourism operations in the region.

Melissa Twist, director of regional tourism with South Georgian Bay Tourism says residents can support the area and local businesses through this time by shopping online, ordering takeout/delivery from local restaurants, supporting them online with good reviews, showing love on social media, donating instead of requesting refunds, and purchasing gift cards now that you can use at a later date.

“The local business community is resilient and they are coming together to support eachother during this difficult time,” Twist says. “They are trying to stay positive and are looking ahead to when the dust settles to have a great plan of action in place so that they can come out of this stronger than ever.”

Ice going in at Flesherton Arena
Sep 17, 2020 12:00 PM
Comments
We welcome your feedback and encourage you to share your thoughts. We ask that you be respectful of others and their points of view, refrain from personal attacks and stay on topic. To learn about our commenting policies and how we moderate, please read our Community Guidelines.