How to know when memory problems are a cause for concern

6 reasons to talk to your doctor about memory changes 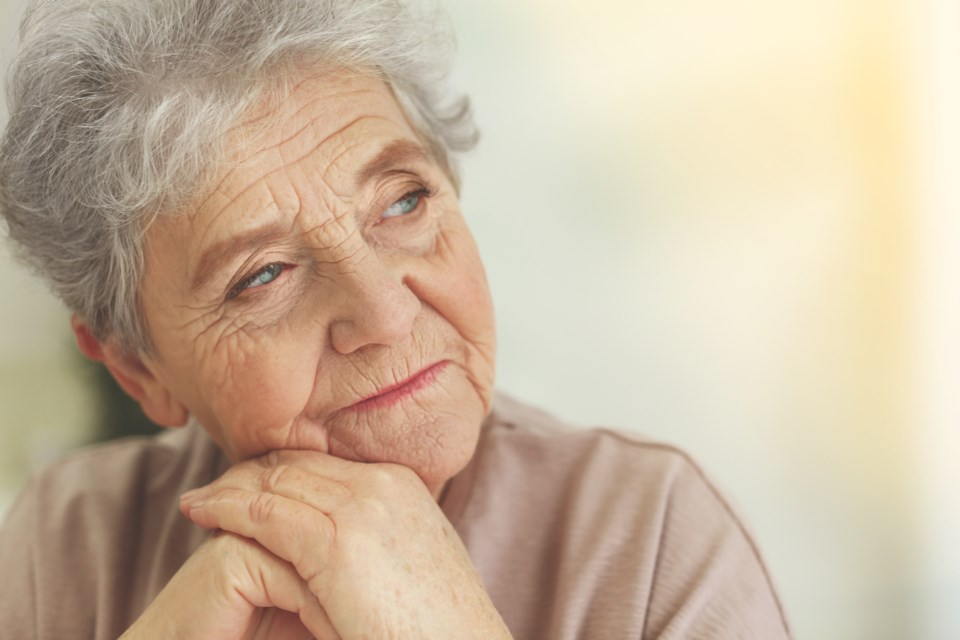 When do memory struggles merit a call to the doctor? Is there a specific tipping point everyone should know about?

Observations from family members are proving to be one of the most important factors in getting help with a diagnosis. Family members know what’s normal for their loved one and sometimes the loved one isn’t always able to perceive the changes themselves.

You may suspect something isn’t right when your father, for instance, forgets where he parked the car (more than once) or when he sometimes finds himself struggling for words. But if he also just doesn’t seem like himself lately, that could be reason enough to book an appointment with a doctor.

Another very helpful tool are the patient’s own self-reports about what they’re experiencing. Together with input from those who are closest to them, this is one of the best ways doctors can figure out what’s going on.

Many of us have an older relative who developed Alzheimer’s disease in their later years, and we worry about our parents inheriting the condition. Some lapses in memory may be innocuous, but to be safe it’s better to be proactive. While no one welcomes a diagnosis of Alzheimer’s disease or dementia, being in denial about memory loss and confusion comes at a great cost.

Memory lapses aren’t the only symptoms worth reporting. A newly named condition called Mild Behavioral Impairment (MBI) covers a suite of subtle personality changes that could be red flags for dementia. Memory loss is considered a hallmark of the disease, but many other early symptoms are very important. These include confusion, disorientation and anxiety—all of which are more common, troubling and obvious to family members.

What to expect when you see a doctor

According to the Alzheimer’s Association, a skilled physician can diagnose Alzheimer’s with over 90 per cent accuracy. The doctor will probably start by giving simple tests of thinking and memory, and she may order more sophisticated cognitive testing. Diagnostic imaging and blood tests may also be used; they can determine or rule out potential causes of symptoms.

So why is it, then, that only about half of seniors who have Alzheimer’s disease have received a formal diagnosis?

It’s also estimated that only 25 per cent of older patients who experience memory problems bring the topic up during their visits to the doctor.

Fear and the stigma associated with dementia are to blame. Many prefer to downplay or dismiss any memory problems as “senior moments”—and this includes family members, who sometimes have a hard time accepting that something more could be going on. They attribute the irritability, anxiety and confusion they’re witnessing in their loved one’s behaviour to them simply getting older.

Why you should report memory and thinking problems right away

1. To rule out other causes

You first want to rule out other common conditions that can mimic dementia. Your doctor will first look for depression, any side effects from medications, thyroid problems, vitamin deficiencies, sleep disorders and certain infections. The good news is that most of these are treatable.

If it turns out your loved one does have dementia, the doctor will need to determine which specific type it is. It could be Alzheimer’s disease, Lewy body dementia, frontotemporal dementia or brain damage from a stroke. Each form has different causes and treatments.

2. So you can begin treatment right away

The sooner your loved one begins treatment, the better. While there is currently no cure for Alzheimer’s disease and most other types of dementia, several things can slow the progression of these conditions. Lifestyle changes, medications and memory support strategies can help patients enjoy a better quality of life. Early diagnosis also affords you the opportunity to participate in clinical trials for new treatments that are being tested.

3. It makes planning ahead easier

Most of us would like the opportunity to be involved in our own care and this is only possible with early diagnosis. You can arrange for care support—whether that means moving to a memory care facility or hiring in-home care. You can also attend to financial and legal matters and avoid the stress of having to make last-minute decisions.

4. To remove the mystery and to be pragmatic

A formal diagnosis puts the mystery to rest. The patient, their spouse and children, co-workers and friends can all understand what is happening and know what to expect. Others will understand that changes in the patient’s personality are not wilful but simply the result of a disease process. The focus can then shift to care and priorities, which is much more productive. Support groups can help everyone who is connected to the patient.

5. To help you make safe decisions

People with dementia who have not received a formal diagnosis are twice as likely to do things that may not be safe for them, such as driving, using the stove, managing their finances, handling their medications or providing care for another person. This was reported in a study done in 2016 by gerontologists at Johns Hopkins University. Family members are often the first to notice that their loved one may no longer be safe, and they have a duty to act.

6. For the opportunity to embrace a positive attitude

Dementia is definitely a life-affecting illness and a diagnosis can pack an emotional punch. A team of researchers from the University of Kentucky gave a group of people who had been diagnosed with dementia a “Silver Lining Questionnaire” in July of 2016. What they found was that many reported some positive aspects of their condition. These included: a greater acceptance and appreciation of life, stronger relationships, greater tolerance of others, new opportunities to meet people and less concern about failure. Almost half of respondents reported positive scores. Another reassuring finding: neurobiologists from the University of California, Irvine discovered that those with memory loss are more likely to recall happy and positive events.

Early diagnosis and advance planning give your loved one the chance to benefit from the best treatment, care and quality of life. If your loved one is experiencing memory problems, don’t hesitate to call a doctor.

For more information and advice, visit Right at Home Georgian Triangle or call 705-293-5500.