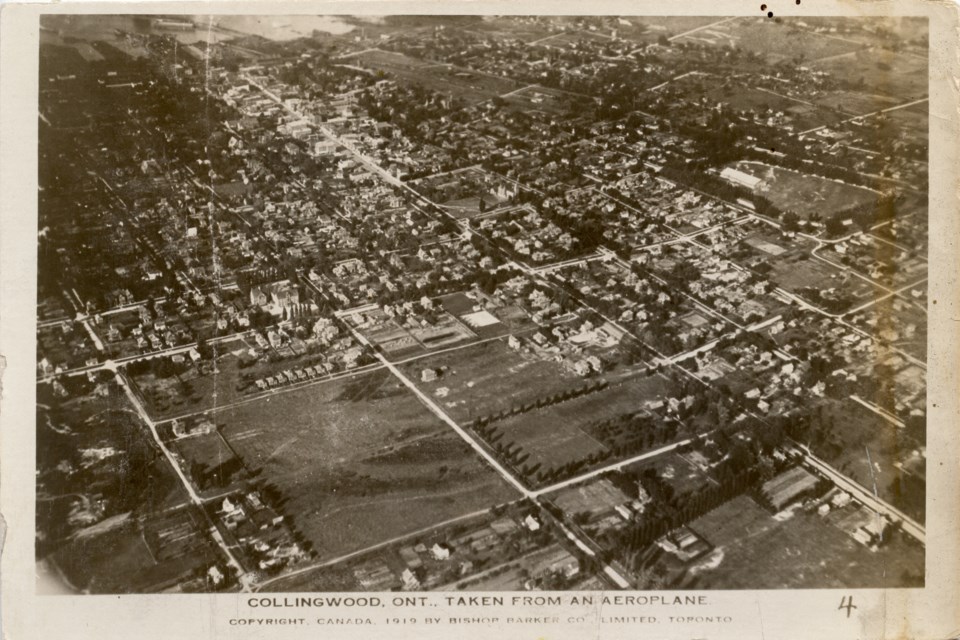 This aerial view of Collingwood was captured in 1919 by the Bishop Barker Co., which was founded by First World War Canadian flying aces Billy Bishop and William George Barker.

Running diagonally through the centre is Hurontario Street, which leads to the shipyards in the upper left. Along the south side of Hume Street is a clear area surrounded by trees that hosted the Great Northern Exhibition.

Today it is occupied by the YMCA, the Collingwood Curling Club and Central Park Arena. What seems to be an empty area between St. Paul and Minnesota Streets is actually the Canadian National Railway yards, now home of the Collingwood Museum.

Victoria School is visible to the left of Hurontario Street, at the intersection of Sixth and Maple Streets. The school was demolished in 1969, but the Annex remained in use as the Collingwood Alternative School until 2001. The annex still stands, abandoned, today. With so many vacant areas, it is clear to see how Collingwood has grown and evolved.