This American-owned steamer used to bring passengers to Collingwood.
0
Feb 3, 2019 10:00 AM By: Remember This? 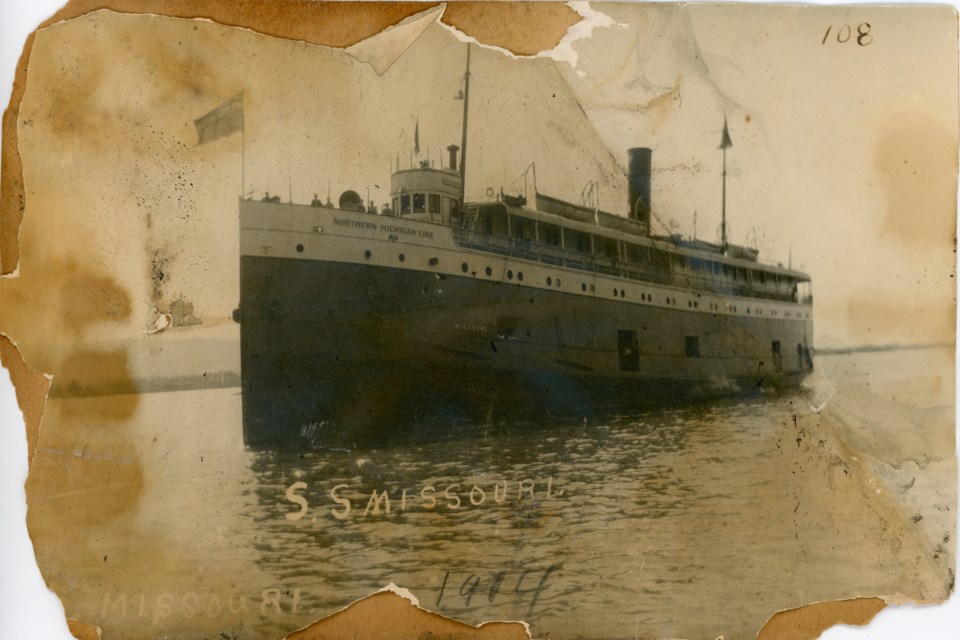 Today’s Remember This feature showcases the steamer Missouri in Collingwood’s harbour in 1914. The distinctive line of the Niagara Escarpment appears on the ship’s starboard side. The stretch of land along its stern is believed to be today’s Hen and Chickens walking trail.

In a previous Remember This feature, Collingwood's museum shared photos of passengers who arrived on the Missouri to Collingwood's wharf.

The photograph’s poor condition begs numerous questions about its life before and during its time in the Huron Institute’s collection. As Collingwood’s original museum suffered a fire in 1963, it’s possible that the photograph’s severe warping and discolouration are results of this traumatic event.

Unlike the photographs in previous Remember This articles, the Missouri is not printed on a postcard backing. Instead, it’s printed on photographic paper that has been adhered to a cardstock backing for support. It’s also quite larger than previous photographs, measuring eight inches by five inches.

If you have any information about the Missouri’s travels to and from Collingwood, please contact Collingwood Museum staff.

American visitors disembark in early Collingwood
Jul 29, 2018 10:00 AM
Comments
We welcome your feedback and encourage you to share your thoughts on this story. We ask that you be respectful of others and their points of view, refrain from personal attacks and stay on topic. To learn about our commenting policies and how we moderate, please read our Community Guidelines.