An 1857 lighthouse on Christian Island has a strong Collingwood connection

Remember This: A sister lighthouse to the Nottawasaga tower that stands off the shore of Collingwood's waterfront.
Sep 23, 2018 10:00 AM By: Remember This? 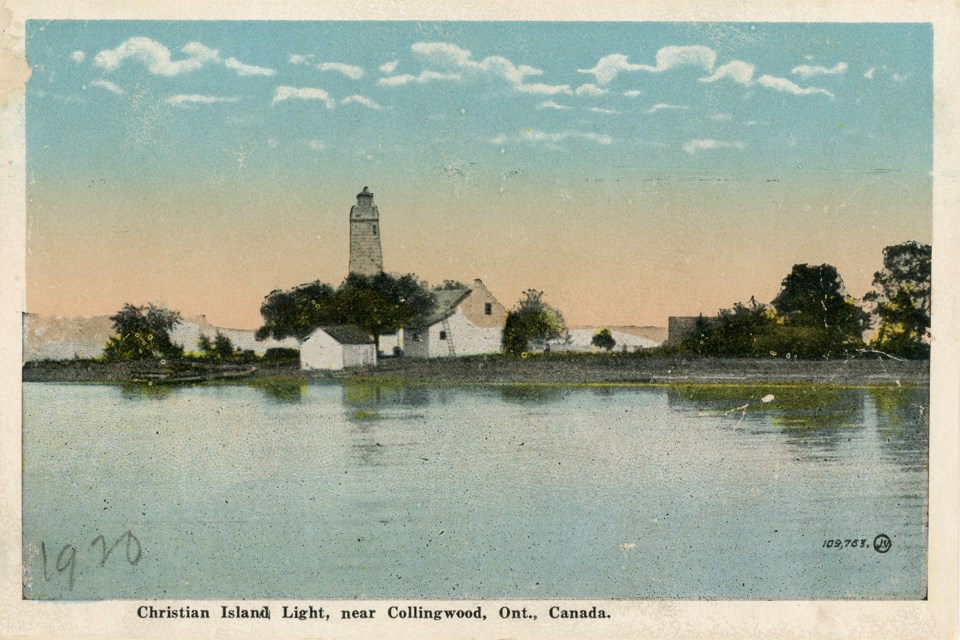 This lighthouse on Christian Island is identical to the tower known as the Nottawasaga Lighthouse. Huron Institute No. 74, Collingwood Museum Collection X967.19.1

This colour postcard is one of three depictions of the Christian Island Lighthouse collected by the Huron Institute between 1904 and 1939.

For many, the white limestone tower and keeper’s cottage will bring to mind Collingwood’s Nottawasaga Lighthouse. Both towers were built by John Brown as two of six Imperial Towers on Lake Huron and Georgian Bay prior to Collingwood’s incorporation in 1858.

The following text appears on a commemorative plaque unveiled by the Huronia Lightstation Preservation Society in 2007 to commemorate the 150th anniversary of the Christian Island Lighthouse:

"The first of the 'Imperial Tower' lighthouses to be completed and the first official lighthouse on Lake Huron’s Georgian Bay. Constructed in 1857, it was one of six similar lighthouses commissioned by the province of Canada West. These lights were strategically positioned to mark the busy yet treacherous trade routes that had become established on the bay. The lighthouse and the keeper’s residence were contracted to stone mason John Brown of Thorold Ontario. Brown was renowned for his fine workmanship, winning medals for innovation in plaster and cement at the 1855 Paris World’s fair.

The light was built upon a timber crib and stands 55’ in height to the focal plane. Its walls are constructed of hand faced limestone six-feet thick at the ground level. The stone was quarried from the nearby Niagara Escarpment and delivered to the site by sailing vessels, several of which were lost to severe weather before reaching their destination. The original lantern room was designed and fabricated by the Louis Sautter Company of Paris France and housed a state of the art Argand lamp fixed within a 4th order Fresnel Lens.