In this week's Remember This, the town sends off the first volunteers from Collingwood to the First Canadian Contingent in the First World War.
May 13, 2018 1:00 PM By: Remember This? 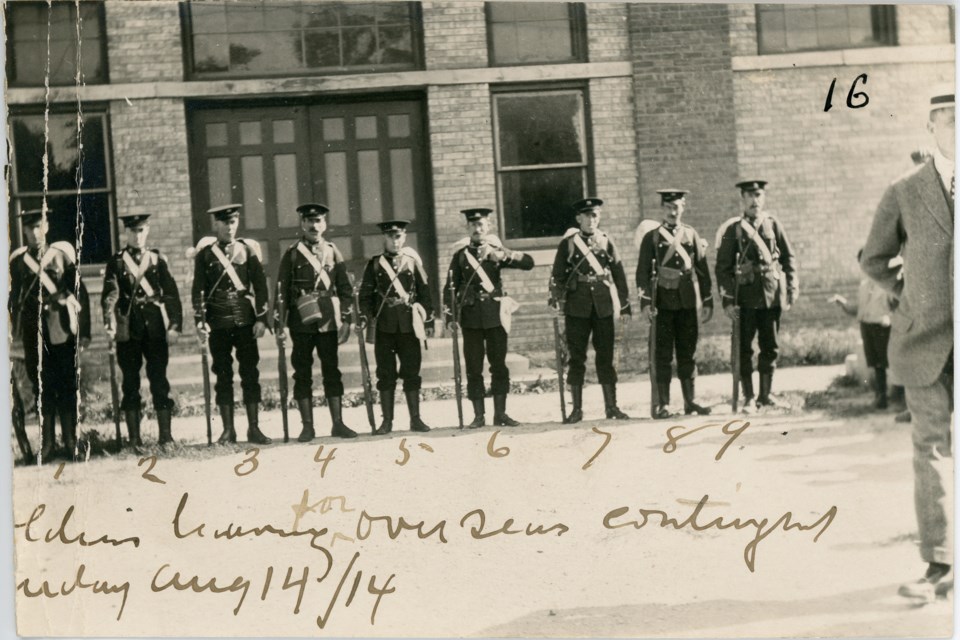 On August 14th, 1914, just weeks after the start of the First World War, these local men joined the First Canadian Contingent to fight on the front lines.

The group was selected out of thirteen volunteers by Captains G.E. McLean and Carmichael. The men gathered at what is now the Collingwood Curling Club, which was used as an armoury during the war. They departed from the armoury and marched behind a band down Hurontario Street to the Grand Trunk Railway Station, which was already filled with people waiting to cheer on the volunteers and bid them farewell.

Mayor D. C. Barr briefly addressed the men. He commented on how proud the town was of them, and promised a lively welcome when they came back to Collingwood. Each man was presented with a ten dollar bill, a gift from the Town of Collingwood.

At 4:10 pm, the train arrived, and the soldiers left their home.