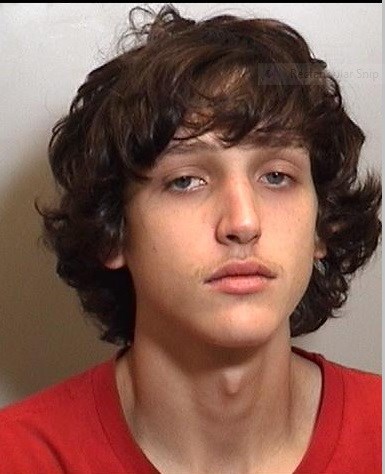 Alex Perlmutter is wanted by police in connection with the theft of zoo animals. submitted.

A 22-year-old man gunned down in an East Gwillimbury parking lot and whose body was located in Whitchurch-Stouffville on Wednesday had also been accused of stealing exotic animals from the Elmvale Jungle Zoo last May.

On Thursday, York Regional Police identified the deceased as Alex Perlmutter, of Sunderland, Ont., which is located about 100 kilometres east of Barrie on the other side of Lake Simcoe.

Investigators with the York Regional Police homicide unit say Perlmutter's body was found in Whitchurch-Stouffville and have confirmed the shooting took place a short drive away in an East Gwillimbury parking lot.

Perlmutter was also charged last fall in connection to animals being stolen from the Elmvale Jungle Zoo, located about 20 kilometres north of Barrie. He and a 21-year-old East Gwillmbury man were arrested and charged in October 2018 with break, enter and theft of the animals.

Three animals, including a seven-year-old lemur named JC, an 18-inch tortoise named Stanley, and a young gibbon ape named Agnes, were stolen from the County Road 27 zoo sometime overnight on May 29, 2018.

Police say the culprits cut through a chain-link fence, walked through the flamingo pond and gained access to the animals.

The lemur was found in Quebec just a few days later when its crate was found on the side of a road.

The gibbon monkey was recovered in October at a home in Mascouche, Que., after police in the Montreal suburb executed a search warrant.

However, the tortoise has never been recovered.

"I can't really predict what happened to the tortoise, but obviously the best-case scenario is that someone has it and it's being well cared for," Warren told BarrieTodaythis morning.

"Maybe someone will come forward and know the location of the tortoise," she added.

Warren said anyone with information on the missing tortoise can contact their nearest OPP detachment or any police station.

"That information will be relayed (to us)," she said.

Meanwhile, shortly after 3 p.m., Wednesday, York Regional Police responded to the area of Ninth Line and Aurora Road in Whitchurch-Stouffville for a report that a male had been shot. When officers arrived, they located the victim.

Perlmutter was pronounced dead at the scene.

Police say the shooting occurred in a parking lot at Queensville Side Road and Highway 48.

The victim was then driven to the parking lot on Ninth Line by a witness, according to police.

Investigators believe there were three male suspects involved in the shooting who were driving a black SUV.

Police say they have been receiving many calls and tips from members of the public and are following up on those leads.

"We're still investigating from here to try and locate those suspects," York Regional Police Const. Laura Nicolle told BarrieToday this morning, adding there were no other updates on the investigation today.

The suspects in Perlmutter's death have been described as: