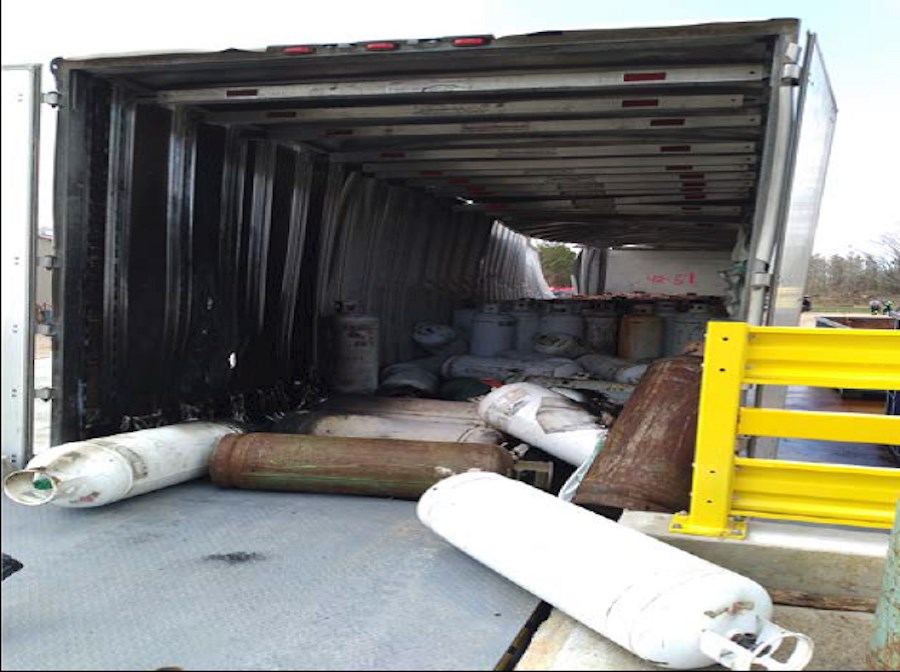 A propane explosion in Grey Highlands on April 13, 2021 is under investigationImage supplied by OPP

A tractor trailer carrying propane cylinders was attempting to unload several tanks when a leak occurred in one of the cylinders, causing an explosion and a subsequent fire. Three individuals that were assisting with unloading the truck sustained burns during this explosion. All three of these involved parties were taken to hospital for treatment of non life-threatening injuries.

Grey Bruce OPP were assisted at the scene by the Grey Highlands Fire Department and Grey County Paramedic Services. The Office of the Ontario Fire Marshal was contacted to assist with this incident, along with consultation from the Ministry of Labour, Transport Canada and the Technical Standards and Safety Authority.

The investigation is continuing.

Six from Windsor-area charged after gathering at property rental in Simcoe County
May 14, 2021 4:33 PM