Three people were involved in the crash with one person sustaining serious, but non-life-threatening injuries
Apr 14, 2021 4:07 PM By: CollingwoodToday Staff 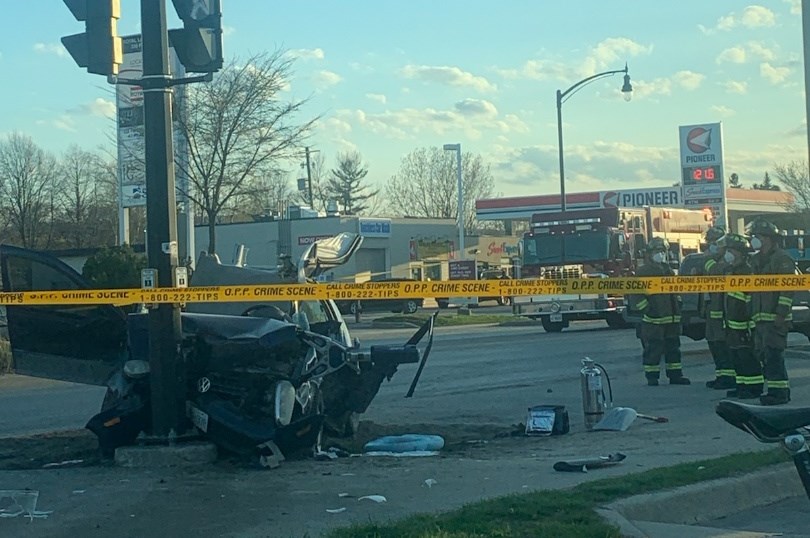 Fire crews on the scene of a collision at the corner of First and Cedar Street on April 13.Photo contributed by Maddie Berman

Collingwood OPP are looking for witnesses to a three-vehcile collision that occurred last night on First Street near the intersection with Cedar Street.

This morning police reported one man suffered life-threatening injuries in the crash, but an update this afternoon indicates his injuries were serious, but non-life-threatening. The 42-year-old man was taken by ambulance to a local hospital and later air-lifted by Ornge to a trauma centre.

Another driver sustained minor injuries, but no other injuries were reported. None of the three vehicles were carrying passengers.

Fire, police, and EMS crews were on scene shortly after the collision occurred.

The police investigation continues and OPP is appealing for witnesses to come forward. Police are asking anyone with information about the collision to call 705-445-4321. You can also submit anonymous tips via Crime Stoppers at 1-800-222-8477.