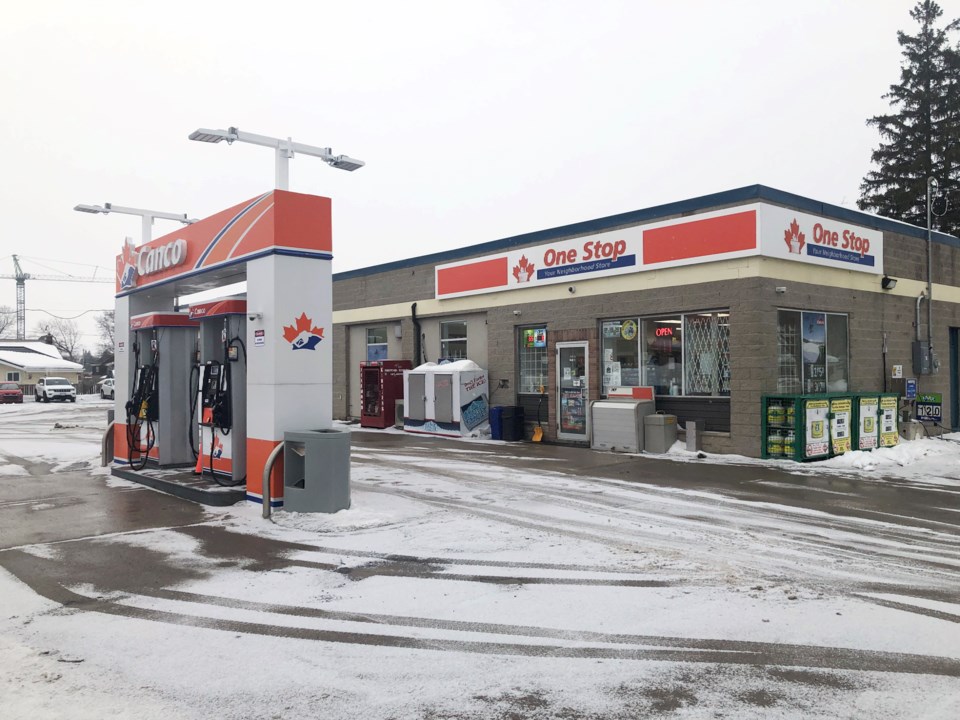 Police are investigating a robbery that took place at the gas station on the corner of Hume and St. Paul Street.Erika Engel/CollingwoodToday

Members from the Collingwood and The Blue Mountains detachment of the Ontario Provincial Police (OPP) are currently investigating a robbery that took place last night at a business on Hume Street.

The incident took place shortly after 7:00 p.m. at the Canco Gas Station on Hume Street in Collingwood where a masked male entered the store, brandished what appeared to be a firearm and demanded cash. The employee complied and the male fled the scene prior to police arrival with an undisclosed amount of cash.

The OPP Canine unit, Emergency Response Team (ERT) members as well as OPP Forensic Identification Services Unit attended the scene to assist with the investigation which is ongoing at this time with the Collingwood and The Blue Mountains OPP Crime Unit.

The suspect is described as a white male wearing a plaid jacket with a black hoody, camo pants, and black boots. Further details will be released when they become available.

Anyone with information that would assist investigators is asked to contact Collingwood/The Blue Mountains OPP at (705) 445-4321 or if you wish to remain anonymous, contact Crime Stoppers at 1-800-222-TIPS (8477). You can submit your information online at www.p3tips.com or if you have any information on this crime or any other crime.

Crime Stoppers does not subscribe to call display and you will remain anonymous. Being anonymous, you will not testify in court and your information may lead to a cash reward of up to $2,000.00. You can follow Crime Stoppers of Simcoe Dufferin Muskoka or Grey-Bruce on Twitter or Facebook.