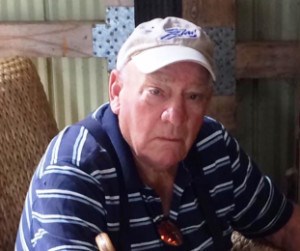 Ken Teeter passed away peacefully on Thursday May 9, 2019 at the Collingwood General & Marine Hospital in his 87th year. Predeceased by his beloved wife Ruth (2010). Ken will be deeply missed by his children Donald (Sharon) Dawson of Edmonton, Wesley (Margaret) Dawson of Collingwood and Linda Grieveson of Collingwood. Forever cherished by grandchildren Heather, Karen, Mathew, Corey, Terena, Terry, Janet, Erin and Michael; and great grandchildren. Ken is survived by his brothers Jack and Gord  Teeter and sister Lois O’Donnell, predeceased by brothers Morris, Stan and Gerald Teeter, sisters Gladys Ottowell, Velda (Bun) Lee and Thelma Teeter, and sons’ in law Allan Hughes and Frederick (Bud) Grieveson. At Ken’s request there will be no formal services. Cremation has taken place. Donations to the Collingwood General & Marine Hospital would be appreciated by the family.