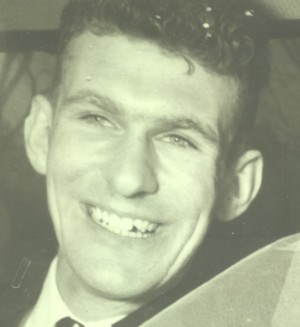 At the age of 77 sadly passed away after battling a long bout with lung disease. He was survived by his daughter Kelly, his brother William, his nieces Sandy Hogg, Debbie Smith and Trudy Spence and nephew Brian Smith. Born and raised in Collingwood's east end, Brian was proud to call this town his own. He worked at Collingwood Shipyards alongside his Father Lyle, trained at Base Borden and graduated from police college in Alymer, and also worked at Goodyear in Collingwood. He was proud of his family heritage, as his Grandfather Seargant Major Joseph W. Smith, a Collingwood resident, fought in Boer War in South Africa and First World War. Brian was a proud Father, Uncle and Son. He will be sadly missed. Donations can made to the Collingwood General and Marine Hospital at  https://cgmhf.com/give/  in his memory. A graveside funeral service will be held at All Saints Cemetery on Tuesday May 7th at 11 a.m.