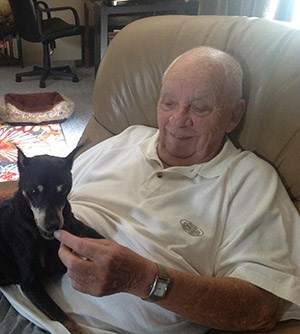 1932-2021
Jim’s family is saddened to announce his passing on January 22, 2021 in Barrie, Ontario, at age 88. Jim was the beloved husband of Margaret. Cherished dad of Ruth Ann (David) and Tammy (John) and proud grandpa of Emily and Matthew. Jim was the youngest child of Edward and Mabel Hagedorn. He was predeceased by his siblings Leola (Bud Ruhl), Orville (Pat), Marieta (Roy Luelo, Jim Walker), and Mary (Bill Schlote). Jim will be lovingly remembered by his nieces, nephews and their families as well as Marg’s sister, Ruth Cunningham. He will be deeply missed by his cousin, Bob Thomas, Bob’s wife Muriel and friend Jerry Cotton. Jim loved his job as a heating and air conditioning contractor. He installed heating in hundreds of homes and commercial buildings in Kitchener-Waterloo and beyond. Jim’s passion, though, was building. He and Marg built homes and cottages in Conestogo, West Montrose, Whiskey Harbour (Bruce Peninsula) and Wiarton. He was always on the lookout for his next project! In his younger days, Jim played competitive baseball. He cheered on the Detroit Tigers before becoming a Toronto Blue Jays fan when the team made its debut in 1977. Jim and Marg spent many winters in Florida, which allowed them to take in the Blue Jays at the team’s spring training home in Dunedin. Cremation has taken place and a celebration of Jim’s life will be held when circumstances allow. Donations to the Owen Sound Hospital Foundation, Unit 4-6 (519-372-3925) or the Alzheimer Society of Simcoe County (705-722-1066) would be appreciated. Arrangements entrusted to Carruthers and Davidson Funeral Home, Wasaga Beach.