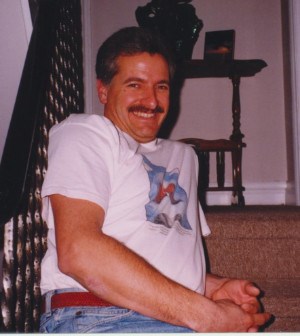 Beloved father to Joshua Hackett of Victoria, BC and Serena Hackett of Collingwood and he was a renewed friend of Joy Tatham of Singhampton.  He was son to Shirley Kendall of Toronto and Garry Hackett of Erin, brother to Kelly Leslie (Ken) of Erin and Corey Hackett (Helen) of Toronto – Kevin was also uncle to Colleen & Sydney Leslie of Erin and so many of Joy`s family, brother to Vickey Lee (David) of Gravenhurst, Dan Sarsfield of Gravenhurst and close friend and companion, Robin Udell (Wasaga Beach).  He will also be missed by family in Newfoundland and Nova Scotia and friends close and abroad.

Kevin was a respected commercial pilot (retired) with Air Canada Jazz, (formerly Austin Airways and then Air Ontario).  From just five years of age, he dreamed of being a pilot - it’s all he ever wanted to do for a living.  He often couldn’t believe his good fortune to work doing something he enjoyed so thoroughly.

After moving his family from Toronto to Collingwood in 1999, they joined the First Presbyterian Church where Kevin became well known for his role as the resident drummer – a renewed passion for him and a gift he was honoured to share freely.  He loved the outdoors, camping, canoeing & long walks on the beach.

Nothing mattered to Kevin more than his children.  He was so proud of both Josh and Serena; they were the love of his life.

If there is one thing Kevin wanted people to know about his life, it`s how important it is to be compassionate and forgiving.