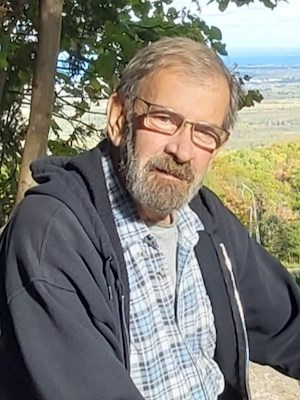 Gregg William Brigham, passed away peacefully in his sleep next to his loving wife, the morning of May 20th, 2020 after a strong valiant fight with cancer.

Gregg was a beloved husband of Linda (predeceased) and Rita; proud father of Ian and Scott (Jen); loving brother of Brad (Paula), stepfather of Lisa (Mark), Patrick, Alex (Serina) and Sonya, grandfather of Mark James, Kairi and Gabriella, brother in law and uncle and great uncle to many.

Gregg was born Monday August 21, 1950 in Toronto, ON, he was the eldest of two sons born to Jack and June Brigham (predeceased). Growing up Gregg found a passion for music at the young age of eight when he picked up his first guitar. From serenading his younger brother to sleep while learning how to play, this passion of music would follow him through his entire life. As a young man his adventurous spirit would lead him on many travels including a cross country motorcycle trip all the way to the Yukon. While studying at Teachers College he met his first love Linda. She introduced him to a common appreciation of the outdoors, and they would spend their free time camping and going on canoe trips. After falling in love and getting married they had two children Ian and Scott. As a father he was very loving and involved in both his children’s lives from being a committed Boy Scout leader to coaching their pee-wee leagues to passing down his love of music and community service to them. Sadly, his wife Linda became sick and it was discovered she had cancer; at this point Gregg put everything on hold and committed his time to taking care and spending as much quality time with her as possible until her death. After her passing he threw himself into community service and the devoted raising on his two sons. One of the many services he continually volunteered at was The Food Bank; it was there that he met the second love of his life Rita. They fell in love and created a strong bond which culminated in a proposal in front of the Eiffel Tower in Paris. With his marriage to Rita came a large extended family; Gregg was more than up for that challenge! He embraced them as his own and fell in love with her entire family. He became a stepfather to four of her children as well as becoming a grandfather. He created his own special relationships and bonds with each of them; he proved that he had more than enough room in his heart to love them all as family.

Gregg began a career as a claims adjudicator with WSIB, where he worked for several years progressing into a management position.  He retired from WSIB in 2007.

Gregg found pleasure and loved to spend time playing music with his friends and band, the Cement Heads. He was an avid traveller and loved skiing and seeing the world with his loved ones. He had enjoyed spending time at the family cottage; reading a good book outside and tending to the garden.

The family would like to give special appreciation to Royal Victoria Regional Cancer Centre and the Co-ordinated care team of NSM LHIN; especially Tara of Saint Elizabeth’s. Special thanks to the many supportive friends and neighbours whose acts of kindness, love, support and service have held them up.

As per Gregg’s final requests cremation has taken place. There will be a private interment in June and a celebration of life at a date to be determined. In lieu of flowers donations to your community Food Bank in Gregg’s memory would be gratefully appreciated by the family.