Coach on Bryant helicopter put "heart and soul" in teaching

NEWPORT BEACH, Calif. — Christina Mauser poured her heart and soul into coaching and teaching physical education at the school where young Gianna and her basketball star father Kobe Bryant were an integral part of the community.
0
Jan 27, 2020 10:45 PM By: Canadian Press 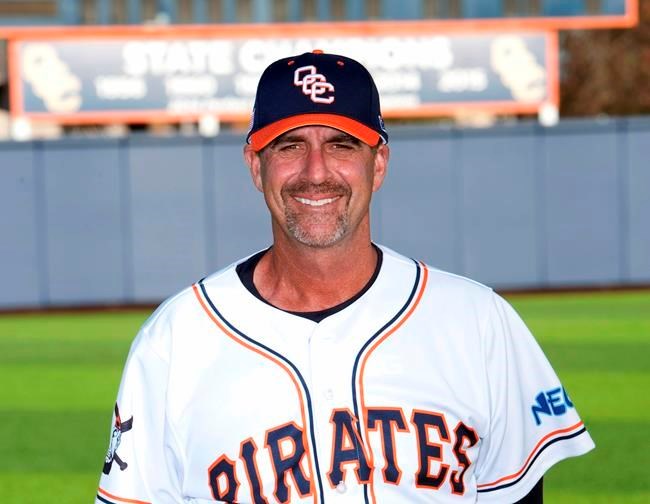 NEWPORT BEACH, Calif. — Christina Mauser poured her heart and soul into coaching and teaching physical education at the school where young Gianna and her basketball star father Kobe Bryant were an integral part of the community.

The mother of three worked at the campus in Newport Beach for more than a decade and helped lead its eighth-grade basketball team to its first championship, Harbor Day School said in a statement.

Bouquets were laid at the entrance to the campus Monday, a day after a helicopter carrying Bryant, his 13-year-old daughter, Mauser and six others to a youth basketball tournament crashed. Everyone aboard perished.

“This loss is indescribable,” the school said in the statement, describing Gianna as someone who never left anyone out, was mature beyond her years and had an unmatched work ethic, “as is the loss of her father who was a respected and active member of the school community.”

Day is a private school in the idyllic seaside community where Bryant lived. Mauser, of nearby Huntington Beach, taught and coached at the school from 2007 to 2018, the school said.

She and her husband Matt taught and coached basketball at the school, which is how they met Bryant, Matt Mauser told NBC's “Today" show.

She had a keen mind for , he said, and Bryant brought her on to help coach that skill at his Mamba Academy training facility where Gianna's club team played.

“They called her the mother of : MOD,” he said.

At the school, some students arrived Monday wearing purple and gold, the of Bryant's Los Angeles Lakers.

Maria Paun, 81, stopped by to lay flowers at the campus where she said she remembered waiting to pick up her granddaughter more than a decade ago while Bryant waited for his eldest daughter.

“He said, ‘I like your accent, Grandma,’” she recalled through tears. “He was somebody. And I am a nobody. But he bent down to give me a hug.”

The pilot of the helicopter was identified as Ara Zobayan, chief pilot for Island Express Helicopters, which owned the aircraft.

“Ara has been with the company for over 10 years and has over 8,000 flight hours," the company said in a statement.

Peter and Claudia Lowry, owners of Group 3 Aviation in Los Angeles, said he previously worked there.

In a Facebook post, the couple said Zobayan came to their company in 1998 to learn to fly after taking a sightseeing flight at the Grand Canyon and deciding he wanted to become a pilot.

“Ara worked hard in other businesses to save enough money to pay for training,” they said. “Flying was his life’s passion.”

Also among the victims of Sunday's crash were Payton Chester, a 13-year-old member of the basketball team, and her mother Sarah, Payton's grandmother Catherine George told KNBC-4 in Los Angeles.

Altobelli coached at the college for 28 years, won a state championship last season and was named “National Coach of the Year” last year for his division, his brother said.

On Sunday, coaches, friends and former players gathered at the baseball field on the Costa Mesa campus where Altobelli had been known to mow the grass until turf was installed. They swapped memories of Altobelli laying down carpet in the locker room, chiding the umpire during games, dressing as a pirate for Halloween and providing endless support to his students.

“He treated his team like they were sons of his,” said Jason Kehler, the school’s athletic director.

Nate Johnson, associate head coach, looked around the field and said none of it would have been possible without the man known as “Alto.” Flowers were laid at home plate.

“This whole thing — I joke, it’s the house that Alto built, because he built it all,” he said.

Romo remains with CBS after agreeing to long-term contract
Feb 29, 2020 2:44 AM
Friday's Games
Feb 29, 2020 1:52 AM
Canada's Fernandez makes Mexican Open final with 6-3, 6-3 semi win over Zarazua
Feb 29, 2020 1:24 AM
Comments
We welcome your feedback and encourage you to share your thoughts on this story. We ask that you be respectful of others and their points of view, refrain from personal attacks and stay on topic. To learn about our commenting policies and how we moderate, please read our Community Guidelines.