Horgan highlights views of other Liberal candidates after Throness resignation

PITT MEADOWS, B.C. — The resignation of a B.C. Liberal candidate in the provincial election for comments on contraception and eugenics should prompt a deeper look at the party's other candidates, New Democrat Leader John Horgan said Friday.
Oct 16, 2020 9:37 PM By: Canadian Press 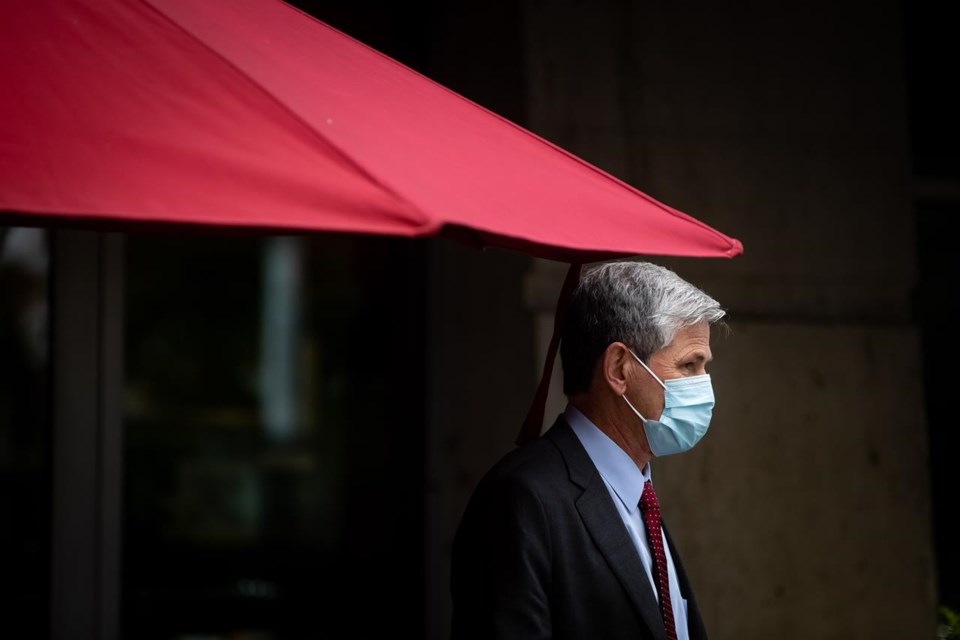 PITT MEADOWS, B.C. — The resignation of a B.C. Liberal candidate in the provincial election for comments on contraception and eugenics should prompt a deeper look at the party's other candidates, New Democrat Leader John Horgan said Friday.

Laurie Throness's resignation is a failure on the part of the Liberal party and also raises questions about the views of other Liberal candidates in the Oct. 24 election whom the NDP accuse of being linked to anti-LGBTQ statements, he said.

Throness quit on Thursday as the party's candidate in Chilliwack-Kent after the NDP released a video of an all-candidates meeting where he said the NDP promise to provide free contraceptives appears similar to past eugenics plans to stop poor people from having more children.

"It seems to me a bit late and a bit of a failure of leadership on behalf of the Liberal party, and it does beg the question, if Mr. Throness is inappropriate, as I believe he is, what about the other anti-LGBTQ candidates that are on the Liberal ballot?" he asked.

Horgan did not name any other candidates at a campaign event in Pitt Meadows, but the NDP issued a statement calling on Liberal Leader Andrew Wilkinson to drop Lorraine Brett and Margaret Kunst.

The NDP said Kunst, the Liberal candidate in Langley East, recently voted against a rainbow crosswalk initiative to support LGBTQ rights as a Langley Township councillor.

It said Brett, who is running in New Westminster, supported a blog post last summer by author J.K. Rowling that was characterized as transphobic. Rowling has denied the characterization of her position and has said she supported trans rights but did not believe in "erasing" the concept of biological sex.

Wilkinson did not mention the two candidates by name Friday at a campaign event at Port Moody, but he said the Liberal party does not tolerate discrimination of any kind.

"There are core values in this party that all candidates have to subscribe to and they include a complete disdain and unacceptance or refusal to accept that there will ever be discrimination in B.C. based on age, sex, gender or sexual orientation," he said.

The Liberal party is rooted in equality and fairness and those attributes apply to the candidates in the Oct. 24 election, Wilkinson said.

"To be a candidate in this party, you have to be of the view that LGBTQ+ people in B.C. deserve all the same rights and the same treatment as everybody else," he said.

Kunst and Brett were not available for comment Friday.

On Twitter, Brett said she was responding in June to "a piece by JK Rowling that was based on her own personal experiences and drew much attention."

She goes on to say she supports the LGBTQ community.

"I think it’s important to hear different ideas in a fair and open society," she added.

"The BC Liberals have been unequivocal in our support for the LBGTQ community and worked hard to advance an agenda that builds a better and more tolerant British Columbia. I am running as a BC Liberal because I share these views."

Kunst has told the Langley Advance Times she has worked with LGBTQ youths for years in her support of charities.

“My record in the community will show that I've worked with all groups,” the newspaper quotes her as saying.

"Margaret Kunst fully supports the BC Liberal Party’s commitment to inclusion and equality,” it said.

Throness said Friday he will remain in the race as an Independent.

"This week I used an incorrect word to explain my concerns about an NDP platform proposal to provide free contraception. I want to apologize to all concerned for the damage done to my MLA colleagues and the leader," he said in a statement on his Facebook page.

Throness said he has heard from people who want him to continue in the race.

Wilkinson said his conversation Thursday with Throness was short and would have resulted in him being fired as a Liberal candidate, but he resigned first.

"He's on his own now," said Wilkinson.

— By Dirk Meissner in Victoria

This report by The Canadian Press was first published Oct. 16, 2020.

B.C. voters head to polling stations in snap election called during pandemic
Oct 24, 2020 5:00 AM
The latest numbers on COVID-19 in Canada for Saturday, Oct. 24, 2020
Oct 24, 2020 3:26 AM
Comments
We welcome your feedback and encourage you to share your thoughts. We ask that you be respectful of others and their points of view, refrain from personal attacks and stay on topic. To learn about our commenting policies and how we moderate, please read our Community Guidelines.