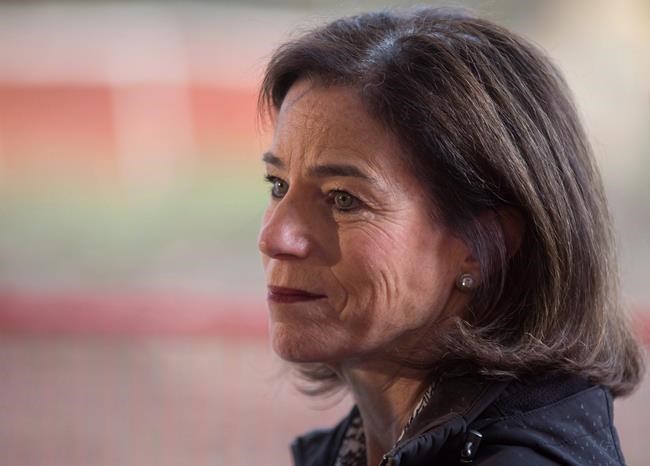 VICTORIA — Finance Minister Selina Robinson said she's encouraged by predictions that British Columbia's economy will rebound this year and next.

Robinson heard Friday from economists on the province's Economic Forecast Council who estimate B.C. is on track for real GDP growth of 4.7 per cent this year and 4.3 per cent next year, before growth slows.

The same measurement for the provincial economy in 2020 shows a 5.1 per cent decline, the worst contraction since 1980.

"We can see the light at the end, but we're still in the tunnel," Robinson said in an interview after the hearing from the council.

The council of economists from major financial institutions and business associations warned that the strength of recovery depends heavily on the rollout of COVID-19 vaccines.

Recovery is expected to escalate as the province reaches herd immunity and consumer activity increases, while work ramps up in areas like construction on resource projects.

All signs point to a strong recovery in the United States, which will also help boost B.C.'s rebound, several economists said during the session.

But Robinson also heard the recovery won't be felt evenly, with certain hard-hit industries and low-wage earners tending to suffer the greatest ongoing impacts of the pandemic.

Women, people of colour and those without more than a high school education have fared worse than others, Robinson heard.

At the same time, the skilled labour market is expected to tighten, suggesting good government policy could involve investment in training, education and financial support for those transitioning to new industries, she heard.

"Obviously, here we are 10 months out and there are some doing really well and others being completely left behind," Robinson said.

"What caught my attention was making sure that we're investing right now in people, but also into the future."

Online shopping will likely change retail in the long term, while struggling sectors like tourism may see a strong, if delayed, rebound thanks to pent-up demand for travel and leisure, Robinson heard.

The challenge will be to bridge the current situation to the time when there is herd immunity, while maintaining an active tourism sector, she said.

The minister said the next B.C. budget will focus on continuing to support British Columbians through the emergency of the pandemic while investing in the future.

The government will table its budget on April 20 after legislation passed in December allowed it to delay its introduction from the traditional date in February.

The B.C. government announced late last year that the deficit forecast had grown and the budget shortfall was expected to hit $13.6 billion this fiscal year.

Liberal finance critic Mike Bernier said the economic forecast report makes clear there is much more work in store for the New Democrat government on the road to economic recovery. It begins with fixing “growing problems” in their current support programs, he said in a statement.

“The forecast council is doing important work looking ahead to the economic future of British Columbia, and that is certainly vital, but we cannot let the government forget about the here and now,” Bernier said.

He accused the government of fumbling the provision of economic support at nearly every turn, from delayed pandemic pay to a “botched” rollout for small and medium-sized businesses.

Of the $300 million set aside for B.C. businesses at the beginning of the pandemic, only $21 million has been distributed, Bernier said.

"We need to see (Premier) John Horgan and his government take immediate steps to fix their ineffective programs and provide people with the relief they need to make it through this pandemic.”

This report by The Canadian Press was first published Feb. 26, 2021.

In absence of mandated paid sick days, some companies are stepping up
Apr 22, 2021 6:00 PM
Comments