Owen answers some questions about herself, being editor of the E-B when it was shuttered, and transitioning to online-only news
Feb 24, 2021 12:38 PM By: Erika Engel 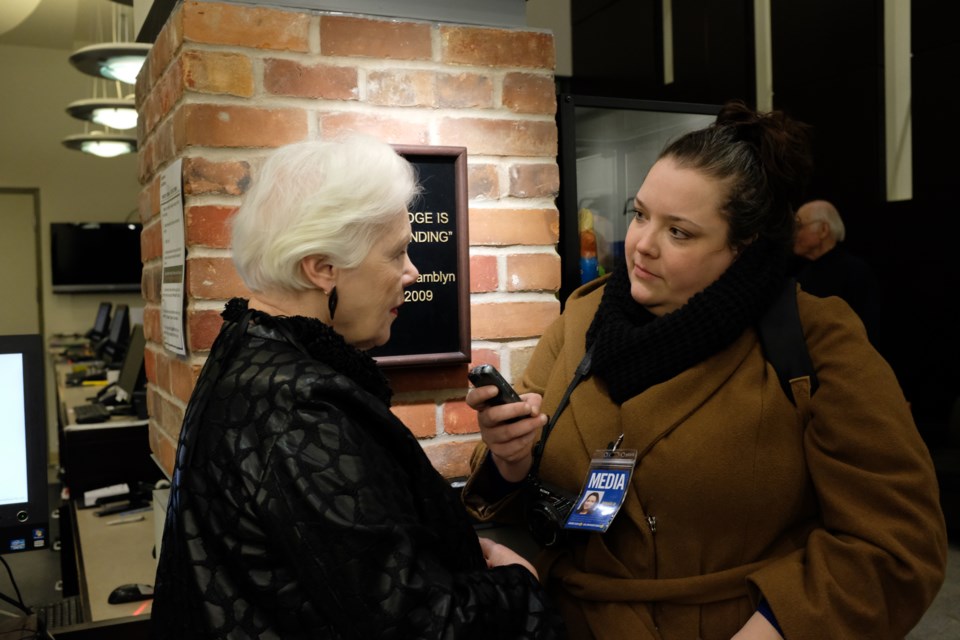 Last month we started introducing the members of our editorial team, and we're continuing the introductions today with Jessica Owen.

Owen is a CollingwoodToday general assignment reporter with some regional beats including Simcoe County council and both the Catholic and public school boards.

She's been working for CollingwoodToday since 2018.

Enjoy this Q and A with Jessica.

1.Where did you attend journalism school, when did you graduate and what publications have you worked for throughout your career?

I started my journalism career in 2008. When I was in my last year at Niagara, I had a free weekday in my school schedule where I would work at the Niagara Falls Review doing layout for the daily. After graduating, I worked at a small independent weekly called the Voice of Pelham as an editor and reporter. After that, I made a newsroom stop at the Brockville Recorder and Times freelance reporting and doing layout.

My husband and I moved to Simcoe County in 2013, where I worked at the Barrie Examiner, the Orillia Packet & Times, The Enterprise-Bulletin, the Bradford Times and the Innisfil Examiner until their closures in 2017. In 2018, I started working with Village Media as a regional reporter, primarily focusing on Collingwood and Barrie.

2. What made you decide to pursue a career in journalism?

When I was pursuing a career in film, I worked in Toronto on a couple of productions. I worked on a production called The Trojan Horse for the CBC as a production assistant, as well as working in the art department for American Pie: Beta House when it was shot in Toronto.

From these two experiences, I discovered the film industry wasn't what I expected, and wasn't something I wanted to pursue further. I wanted to continue exploring skills I had developed in design and writing, so I decided to go back to school for journalism in my hometown to see where that might take me.

I was lucky to have been taught at Niagara by some inspiring past journalists who were passionate about their craft and had worked long careers in the industry. I found I had a knack for telling stories and creative layout.

3. What have been some of the highlights of your career so far?

There have been some stories I've managed to break that have started conversations in the communities in which I've worked, of which I'm very proud.

In 2018, I wrote a multi-part series for CollingwoodToday.ca on youth homelessness that has stuck with me in the years since. While there have always been people working hard to bring this issue to the forefront, I think the series made a major impact on re-inspiring people to come forward and take action. Out of the Cold Collingwood formed shortly after this series came out and the stories made an impact on getting people to join the task force and donate funds to get it going.

In 2019, I wrote a story about a Confederate flag being flown on the front of a Collingwood home. This story also made a major impact locally. During a Collingwood council meeting in 2020 when council discussed the possibility of banning hate symbols in town, a councillor referenced my story.

In 2019, I also did a series of stories about human trafficking related to Collingwood-area resorts that were nominated for a national award.

When I see a story I wrote being cited as a reason for major change in a community for the better, it makes me feel a great sense of pride.

4. What brought you to the area?

My husband and I moved to Barrie in 2013 as we both got jobs at the Barrie Examiner, in layout. Less than a year later, I got a job as an editor in the newsroom.

5. The closure of the Enterprise-Bulletin was significant in the community. What was it like for you?

I was editor of the E-B for three years leading into the papers' closures, however, I was also editor for the Innisfil and Bradford weeklies. I was also responsible for the Barrie and Orillia dailies, along with another regional editor.

There were too many pages, and never enough people or time to do a thorough job.

It was not an ideal situation from a journalism standpoint. I know there were many stories in the community that would go uncovered.

I would hear from the community that they wanted more news, while higher-ups in Postmedia would openly muse that maybe we didn't even need a reporter in Collingwood, as we could just fill the pages with Barrie news, could we not?

It was very stressful.

I know many people feel nostalgic for the days of multiple print products in town, but the journalism being done at CollingwoodToday.ca is of much higher quality than the work we were able to do at the end of the E-B, and for that, I am happy for the Collingwood community as a whole.

6. After that, why did you decide to stay in the field of community journalism?

After the closure of the five papers, I considered moving into the communications and public relations field. However, ultimately I found that the major difference between the two fields is, communications people spin the news. Journalists un-spin the news.

I decided I still wanted to be the person un-spinning the news.

7. What was the most difficult adjustment moving from newspaper to online reporting?

It can be incredibly difficult to distill an entire issue into a short article. Then, you have to distill that entire article into a single phrase that is exciting enough to get people to read the story, while not being misleading.

The way we are able to keep news free is through advertisements. In print, if you open the newspaper page, you've already looked at the ad. The headline should be snappy and interesting, but the news has already been paid for once you open the page so there isn't as much pressure.

On the web, it's different. The advertisement is on the same page as the story, so we have to convince the reader to click.

However, it's a fine line between wanting to write a headline that is interesting enough to get people to click, without giving away the entire story because then no one would need to click. On the other hand, a headline shouldn't be 'clickbait.'

Clickbait refers to writing a headline that is deliberately misleading in order to get a reader to click. It is highly unethical in our industry.

It can be a difficult line to walk.

Writing headlines for web is also a relatively new concept, so there aren't volumes of reference books on the subject from which to get ideas on how to best do it.

Headline writing, especially for web, is much harder than people think.

8. What is one story you've always wanted to tell but haven't had the chance yet?

I would eventually like to gather stories from migrant workers who work at local farms. It's difficult because there could be a language barrier, however, I suspect many people who travel from all over the world to make money here to send to their families have a variety of unique stories to tell about their personal experience.

If you've been enjoying Jessica's work, let us know at news@collingwoodtoday.ca.

COLUMN: It's WrestleMania week, so embrace the corniness and enjoy the spectacle
Apr 8, 2021 11:00 AM