She represented Canada in the first World’s Women’s Championship in Scotland with her Unionville teammates and reintroduced the Women's In-house Bonspiel
0
Jan 22, 2019 5:00 PM By: CollingwoodToday Staff 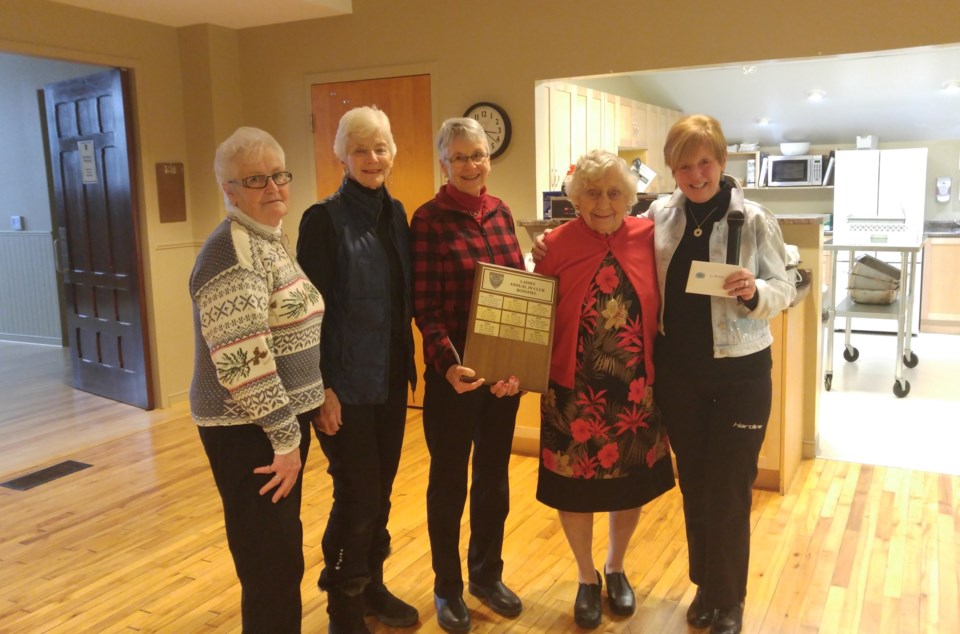 Recognizing Mary’s contribution, not only to our club, but her many achievements in the world of curling was the impetus for this recognition.

Mary represented Canada in the first World’s Women’s Championship in Scotland along with her Unionville teammates. Mary was the first woman Chair of Curling at Thornhill Curling, Golf and Country Club. She has also been on the board and a participant for over 27 years at the famous Senior Ladies International Curling Club which takes place in Montebello.

The Women’s In-house bonspiel was reintroduced by Mary after the club not holding one for many years. Mary bought the new trophy, organized the event – and, of course, set down the rules that each year’s winner will run the event the following year.

Mary was instrumental in fostering the sport of women’s curling in Collingwood by soliciting and encouraging the various local Women’s Probus Clubs in addition to personally coaching them to learn the sport and join our club. In 2004, there were no women’s draws! Due to her dogged efforts, along with a few other women, the participation of women curlers has thrived

On a non-curling note: Mary was the goalie for the University of Toronto Women’s hockey team and founded the ski group – Ski Bees – along side her friend B.J. Hunter.

We are so fortunate to have Mary Fleming in our Club. She is a wonderful role model. Congratulations, Mary.

Collingwood Clippers swim to Trojan Cup at Barrie event
Dec 5, 2019 5:15 PM
Comments
We welcome your feedback and encourage you to share your thoughts on this story. We ask that you be respectful of others and their points of view, refrain from personal attacks and stay on topic. To learn about our commenting policies and how we moderate, please read our Community Guidelines.