Canadian women ski well in Kranjska Gora but leave some room for improvement
Feb 17, 2020 9:40 AM By: CollingwoodToday Staff 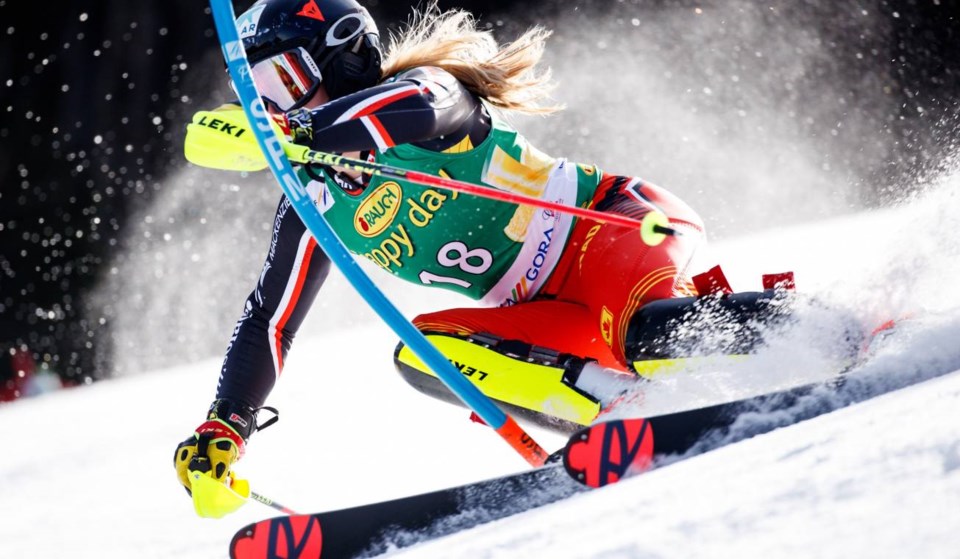 Under beautiful blue skies Erin Mielzynski (Collingwood, ON), Roni Remme (Collingwood, ON) and Ali Nullmeyer (Toronto, ON) all put together two strong runs for some of their best finishes of the season. Mielzynski led the team finishing in 14th place while Remme and Nullmeyer finished in 17th and 19th respectively.

It was a great day for the team after a stint on the NorAm circuit in Ontario! Although Mielzynski wasn’t entirely happy with her day but knows she can push even harder next time.

“I was very disappointed in my first run. I got a gate in the face at the top of the pitch, which cut my chin, and sometimes that adds fuel to the fire, but it made me hold back. I was 8th on the second run and my skiing was more similar to training, so I’m happier with that. I am still off my training pace, which is frustrating, but I’ll keep fighting.”

For Remme, who has been busy this season racing both the World Cup and collegiate circuits, the finish was a step in the right direction but she has more in the tank and coming up on the anniversary of her World Cup podium last year in Crans Montana she is as determined as ever.

“Getting to race in the NorAms in Collingwood last week refreshing, it’s a totally different environment, and it can help to change the race rhythm a bit. Now back in Europe at the World Cups I’m just trying to keep some of those same attitudes. It’s not the race I wanted today, but it’s important that I am back in the points so I can build on that.” said Remme.

Nullmeyer, who had previously never raced the World Cup in Kranjska Gora was happy with how her skiing is progressing and excited for a strong last six weeks of the season.

As Nullmeyer reflected, “Today felt really good. I was really happy with my first run, but I held back a little bit on the second. Overall, I’m really stoked with how today went! It was nice to keep the momentum going after the Ontario NorAms and feels really good to get another top 20 finish!” Laurence St-Germain (Saint-Ferréol-les-Neiges, QC) did not finish her first run. The women will be back at it next weekend in Crans Montana, SUI.