The Vanier Storm won their third consecutive GBSSA title, earning a spot at the OFSAA playoffs for the third year in a row.
Mar 7, 2019 10:00 AM By: Erika Engel 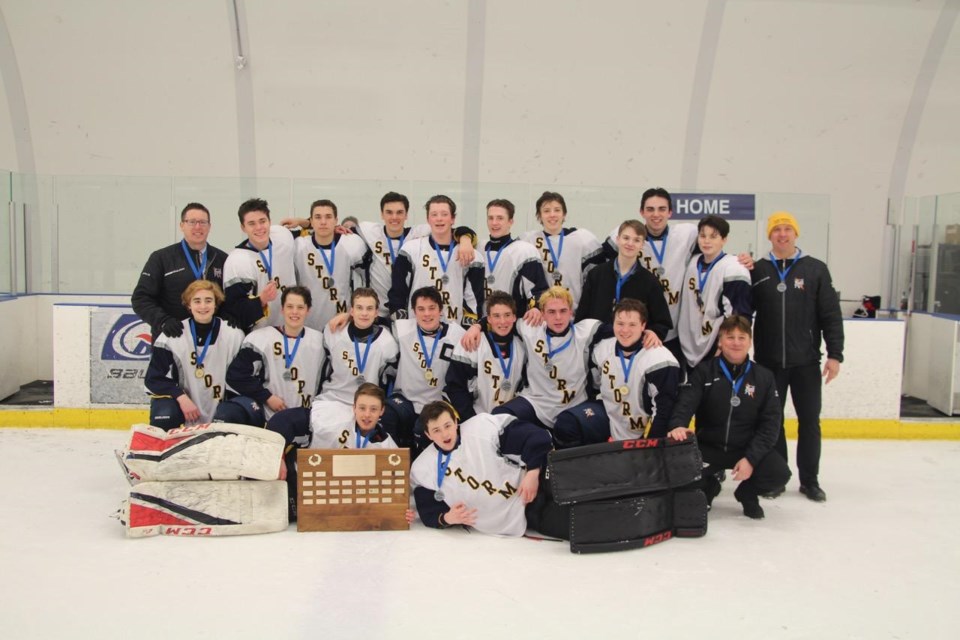 It would appear good things happen in threes.

Last year, the team won bronze (third) at the OFSAA championships. According to Vanier teacher Mark Damignani the team had a strong regular season, taking first place in the division. They won their first three playoff games, and took on Huntsville at Central Park Arena in Collingwood on Tuesday for the GBSSA title. The entire student body and staff were at the rink to cheer on their school.

Damignani reports the Storm dominated with an early lead of 4-0 after four minutes of play. Three (there's that number again) more goals brought Vanier a 7-1 victory, the GBSSA title, and a spot at OFSAA.

The OFSAA championships take place in Kincardine on March 18-21. According to Damignani, no team has ever made it to OFSAA three years in a row, but three might just be the magic number.