The Colts meet the Toronto Jr. Canadiens in the inaugural home opener at the Eddie Bush Sept. 6, and play some earlier games both home and away during the last week of August
Jul 26, 2019 9:30 AM By: CollingwoodToday Staff 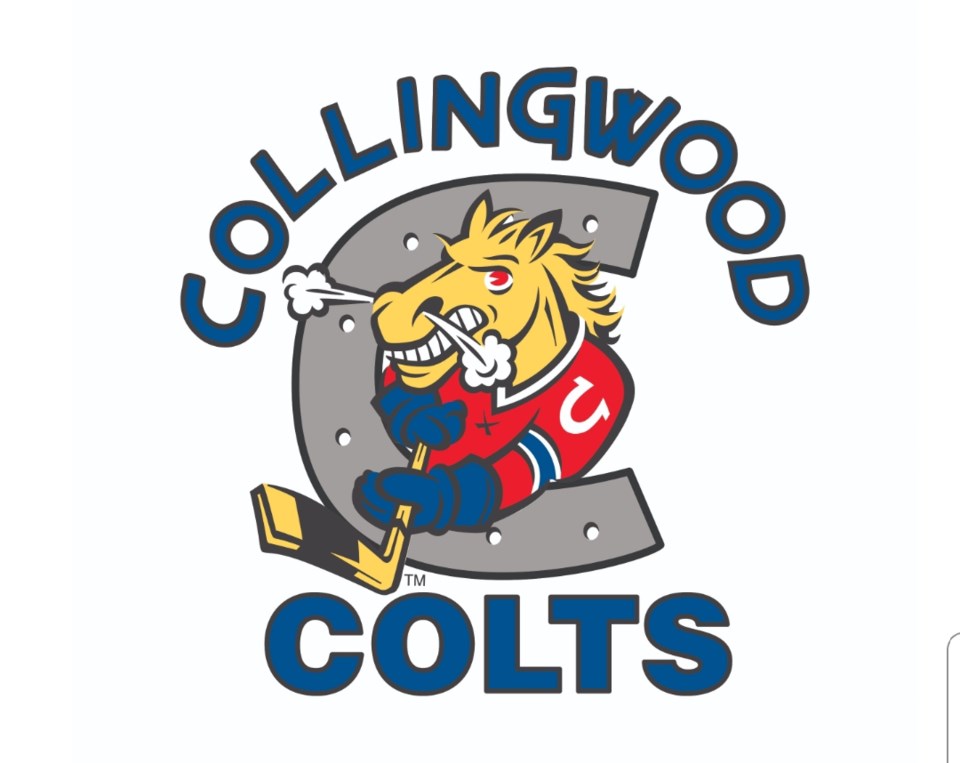 The season opens Friday, Sept. 6, with 12 of the OJHL’s 22 team’s in action. The defending OJHL and Dudley-Hewitt Cup champion Oakville Blades host the Brantford 99ers in both teams’ openers Sept. 7.

The movement of two franchises has meant adjustments to the OJHL’s divisional alignment. The Collingwood Colts (formerly the Kingston Voyageurs) move into the North Division. The Milton Menace (the former Newmarket Hurricanes) are in the West Division. The Brampton Admirals have moved into the South Division.

The OJHL schedule consists of 594 games featuring inter-conference play, which was first introduced during the 2012-13 season.

Each club will once again play a 54-game (26 home, 26 away) regular schedule, and two games at the Governors’ Showcase.

The regular season ends Feb. 23. The top four teams in each division will make the playoffs.

Following the success of hosting the annual Governors' Showcase in the U.S. the past four years, the Buffalo Jr. Sabres will once again host the event this year at the state-of-the-art Harbor Center in Buffalo, New York from Sept. 23-25, 2019.

About the OJHL – “League of Choice”

Canadian Junior Hockey League with 22 member clubs. A proud member of the CJHL and Ontario

Hockey Association, the OJHL was originally named the Ontario Provincial Junior ‘A’ Hockey League and it was formed out of the Central Junior ‘B’ Hockey League in 1993-94. With a long and storied history of developing players for the next level, including U Sports, the NCAA, CHL, minor pro ranks and the NHL, the OJHL had more than 115 commitments in 2018-19 – including more than 60 NCAA Division I scholarships.