It's been a successful season thus far for the Collingwood Clippers
0
Dec 7, 2018 8:00 AM By: CollingwoodToday Staff 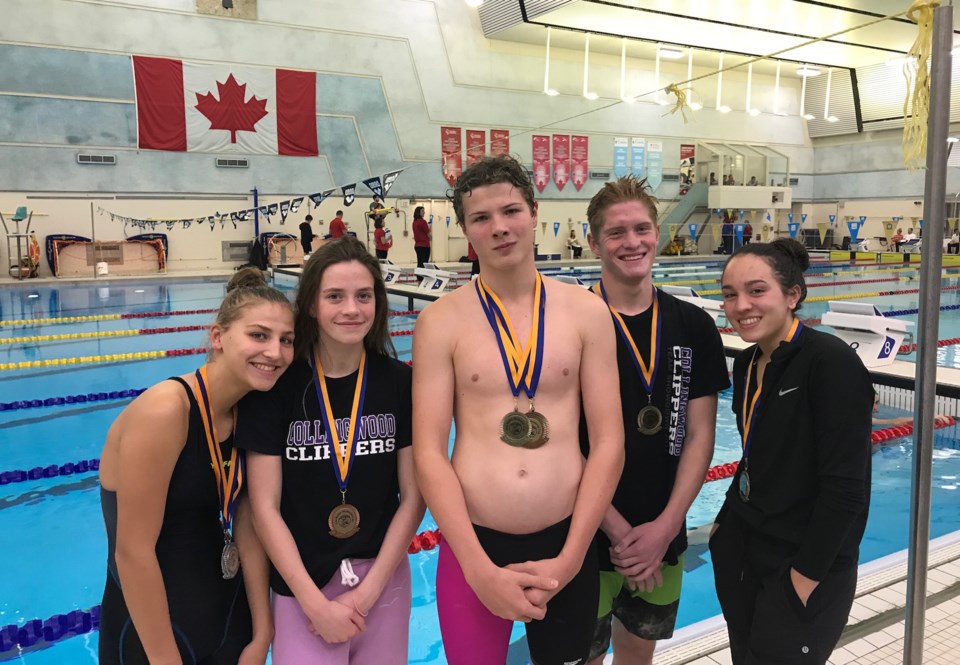 On Oct. 28 we hosted our home meet, the Collingwood Sprint Cup 2018, where we had 67 swimmers attend (which included 27 of our Jr. Clippers). 88 personal best times were achieved and major time taken off. A lot of fun was had by all. We had a lot of fun swimming relays dominating the competition finishing top seven of eight.

On Nov. 11, we were off to Bracebridge for the Muskat Splash which is a development meet mainly for the Jr. Clippers in the club. 23 Jr. Clippers and seven age group swimmers attended. 67 personal best times were achieved and a ton of time was taken off. We had a lot of fun swimming our main events and relays.

On Nov. 17 and 18, we were in Owen Sound at the McDonald’s Team Challenge, 41 swimmers attended, 20 in 13 and over and 21 in 12 and under. The club finished second in points and won $1,000 with which we purchased an underwater camera system for the club.

For more information on the Collingwood Clippers Swim Club please check out our website and on our Facebook page.

Collingwood Clippers swim to Trojan Cup at Barrie event
Dec 5, 2019 5:15 PM
Comments
We welcome your feedback and encourage you to share your thoughts on this story. We ask that you be respectful of others and their points of view, refrain from personal attacks and stay on topic. To learn about our commenting policies and how we moderate, please read our Community Guidelines.