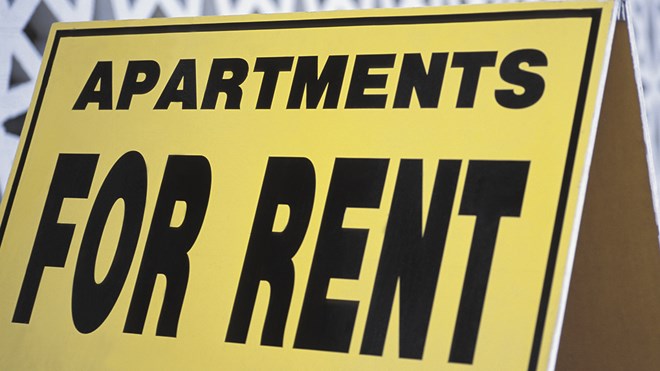 The affordable housing crisis in York Region is official now, and regional council is trying to do something about it.

For Newmarket anti-poverty activist Tom Pearson, chairman of the Poverty Action for Change Coalition, the decision to call the housing situation in York Region a crisis is long overdue.

"It's good that they are doing this, I just wish they had done it 10 years ago," said Pearson.

York Region has spent many years trying to address the issue through various means, but still ended up falling short of meeting its annual housing and affordable housing targets this year.

Taylor acknowledged that many people have been well ahead of York Region on recognizing the situation as a crisis, but he believes Thursday's decisions can help spur real action.

"I think we are naming something we all know exists. I've heard presentations from experts who use the phrase in a very comfortable manner when talking about the housing affordability crisis in York Region. I think it's important to name it, and hopefully, that will lead to action," he said.

"What's important is not this symbolic action, it's what we do after this."

Staff will compile an inventory of properties along the region's centres and corridors where projects such as rental units, senior or supportive housing, and low and moderate-income housing have been proposed.

Then staff will identify which projects are "shovel-ready" and can be given a building permit. These projects will be fast-tracked to get shovels in the ground as quickly as possible.

Newmarket anti-poverty advocate Kristine Carbis has experienced the challenges of accessing affordable and subsidized housing first hand. She, too, believes York Region declaring an affordable housing crisis is stating the obvious, but hopes things will not stall out after the inventory of sites is complete.

"There is definitely a crisis. There are so many people out there who are looking for homes and are spending at least half of their incomes on housing. People are going into debt just to keep a roof over their heads, so we certainly need this, absolutely," Carbis told NewmarketToday.

"Once they are done doing this inventory, I hope they move quickly on building more units. It needs to move quickly because the waiting list for rent-geared-to-income housing is at least 10 years long."

Finding one-bedroom apartments can be a particular challenge in the region, noted Carbis, with rent ranging from $1,200 to $1,500 — way more than what many people can afford.

"The way rent has continued to go up compared to wages, it just doesn't add up," she said.

The first was to call on municipalities to exempt Housing York from paying parkland fees.

The second, and more ambitious, was to call on every municipality in York Region to provide two acres of land every five years for affordable housing units. He told his fellow regional councillors that the initiative could be a kind of "pilot project."

"I am hoping that every community will, in the next five years or so, get to work on finding a few acres of municipal land or development that will contribute the land, or however they want to get it done, to a not-for-profit developer or Housing York that will build the units and address this problem," he said.

Carbis, who currently lives in a York Housing development, applauded this idea as a significant step forward. She would like to see that timeframe shortened to every two years, however, and is skeptical that every community will do it.

"It would be good if they can follow through with it," she said. "Every municipality needs to agree, and it will likely have to be municipally owned land."

There were some split opinions among councillors on the proposal.

Markham Regional Councillor Jack Heath said finding two acres would almost be too easy for the large southern municipalities, but he didn't propose upping the requirement because Taylor has framed it as a pilot project.

Meanwhile, King Township Mayor Steve Pelligrini felt that it would be much more onerous for rural communities with fewer municipally owned lands.

About the Author: Alan S. Hale

Alan S. Hale is a reporter for NewmarketToday.ca
Read more