One performance will feature stories of the Underground Railroad including rare photos from singer's family's collection
Jul 11, 2019 1:30 PM By: Erika Engel 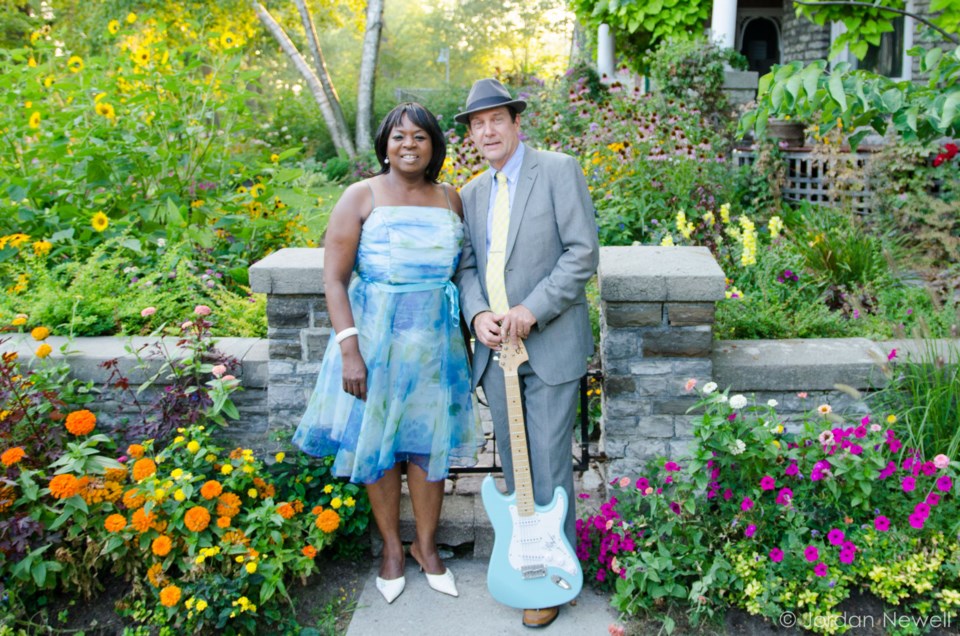 The cure for the blues may be to get the blues.

A music duo performing locally soon is hoping to help you really get blues music - understand it, that is – with two shows that celebrate the origins of the music and the people whose tales it tells.

From the Underground Railroad to the Crossroads, blues music has stories to tell.

In a lineup of classical performers, this duo is preparing to bring classic blues and traditional songs to the Collingwood Summer Music Festival later this month.

Diana Braithwaite and Chris Whiteley have teamed up with internationally-renowned blues and jazz musicians for two Collingwood shows that combine storytelling with their musical performance.

Both have decades-long careers in blues and jazz music performance on an international stage.

They are bringing two different shows to Collingwood, including one all about the Underground Railroad - a network used by slaves escaping the southern United States to Canada.

“It’s a show that tells the fascinating story of how early black pioneers came to Canada through the Underground Railroad,” said Braithwaite. “It also talks about what happened after people got here and how they were able to overcome obstacles to make a home here in Canada. We’ve turned the show into a celebration of success and achievement.”

The show is called Sugar and Gold, named for the two trades that served as catalysts for the slave trade. The set list includes blues, gospel, traditional songs, and original songs by Whiteley and Braithwaite.

Traditional songs are those passed down - often orally - generation to generation until their origin can’t be attributed to any one writer.

“It’s in the public domain and it becomes everybody’s song,” said Braithwaite.

They’ve also written an original tune called Sugar and Gold, and it was written from the perspective of a 16-year-old boy working on ships who gets posted on a slave-trade vessel.

The song is his reaction to what he sees.

“When you hear this topic, people are often concerned that it’s going to be depressing, accusatory, or whatever it might be … they’re worried they’ll leave feeling really bad,” said Braithwaite. “That’s not our show. We’re all about moving on and uplifting, and celebrating the strength.”

In fact, her own family owes much to the strength of the early pioneers who escaped slavery via the Underground Railroad and settled in Canada.

Her mother became a self-taught historian and writer, publishing books on her family’s history. It’s through this work Braithwaite was able to access rare photographs depicting the life of some of the early settlers.

She tells her family’s history in the show, and has included the rare photographs in the show as well.

“The audiences are usually quite affected,” said Braithwaite. “We take them on a journey.”

Braithwaite and Whiteley will be part of a full jazz quintet including Ron Johnston on bass, Vince Maccarone on drums, Whitely on guitar, and Donovan Locke and Braithwaite on vocals.

They will perform Sugar and Gold: Stories of the Underground Railroad on Aug. 1 at 7 p.m. at New Life Church in Collingwood.

Tickets for the show are $35 and available online here.

Earlier in the day, the group will perform a free, family-friendly show at Blue Mountain Village Square that will offer a one-hour crash course in the history and origins of the blues.

Whiteley said their All about The Blues show came from a series of workshops and concerts they were doing in schools.

“Diana and I have been blues performers for most of our lives, and we wanted to find a way to introduce people to this wonderful music we call the blues,” said Whiteley. “The show goes through the origins of the blues, the sounds, the instruments, and some of the blues legends.”

The show will also feature some storytelling as Braithwaite and Whiteley tell the story of blues performers like Betsy Smith, known for her glamourous performance gowns. In fact, Smith’s performance life was luxurious for the time, she had her own rail car that would attach to the train for touring.

“It’s the equivalent to a private jet,” said Braithwaite. “She was almost like the pop stars of today.”

There’s also the famous story (or maybe myth) of Robert Johnson, who, some say, made a deal with the devil for his talents as a blues player. His short career (he recorded about 30 songs) still qualifies him for legend status.

“He made such an incredible mark on today’s blues,” said Whiteley.

As part of the show, Whiteley will play slide guitar, a sound and technique born in blues music.

All About the Blues will start at 5 p.m. on Aug. 1 at Blue Mountain Village Square.

Collingwood Summer Music Festival will run July 18 to Aug. 11. You can find the schedule online here.