Councillors react to emotional presentations from residents by suggesting coyotes need to be dealt with immediately.
Apr 9, 2018 8:43 PM By: Erika Engel 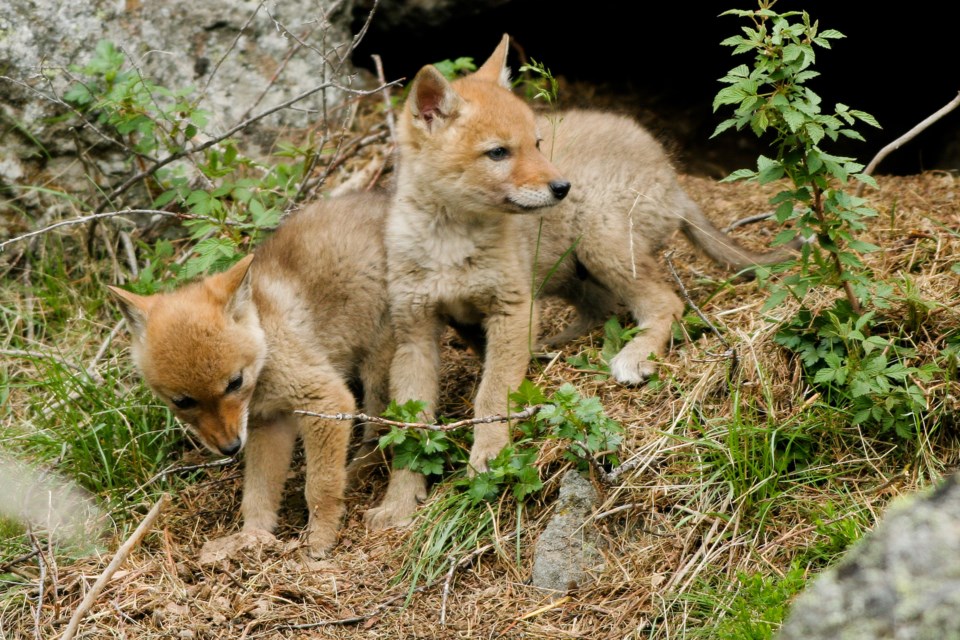 Two Collingwood councillors suggest a pack of coyotes seen in residential areas of Collingwood’s East end should be removed or destroyed immediately.

Councillors Kevin Lloyd and Cam Ecclestone were part of the Corporate and Community Services Standing Committee meeting where several residents shared stories of coyote sightings in their neighbourhoods and coyote attacks on pet dogs.

“These people are living a nightmare,” said Lloyd.

Though staff prepared a report to deliver to council via the committee on April 16 with a plan for education and a suggestion the best option is to learn to coexist with the coyotes, Lloyd said something needed to be done right away about a “pack” that presents a “threat” to the residents of the east end.

A member of the audience shouted out to ask what Lloyd planned to do if other coyotes moved into the area.

“You know what,” Lloyd called back. “We’ll remove them again.”

Ecclestone initially said he didn’t know what the solution was.

“If we got rid of the coyotes from your area, then there are just going to be additional ones coming in,” he said.

Soon after he sided with Lloyd suggesting the coyotes on the east end of town be dealt with quickly.

“If [the coyotes] are replaced, we’ll deal with them another time,” said Ecclestone.

He said he would prefer euthanasia and a professional tracker as the means for dealing with the coyotes.

The committee is asking staff to report back by April 16 on the best way to get rid of the coyotes recently spotted at the east end of Collingwood.

Residents of Blue Shores and Georgian Manor Drive gave emotional presentations saying they were scared to go outside their homes, and would not let their dogs out in the backyard anymore. One couple brought a picture of a pet allegedly killed by coyotes to show the committee and gallery.

Patricia Green said she has seen the coyotes lying down in her yard, peering into her house.

She said her dog was attacked by a coyote and required several stitches and veterinary care.

“The trapping needs to start now before someone gets hurt,” said Green.

Other presenters suggested it was possible to coexist with coyotes, and said killing or moving them will only make more move into the area to fill the void.

Heather McDonald spoke from her experience working with the humane society and for veterinary clinics and said trapping targets other wildlife as well. She said there have been two confirmed deaths to humans caused by coyotes in North America ever documented, and suggested there are ways humans can protect themselves and their pets and still coexist with coyotes.

She reiterated the point that if coyotes are removed, its likely more will return in their place, since there would be open territory.

Adam Harrod, a municipal bylaw enforcement officer for the town of Collingwood, presented staff research into the issue to the committee.

He said there are laws preventing coyotes from simply being relocated alive. It was his recommendation the town work to inform residents of areas where coyotes are seen and steps they can take to prevent aggression with the animals through hazing, keeping yards clean, not putting out food for any kind of wildlife and keeping pets under supervision.

Council will receive the committee’s recommendation to immediately deal with the coyotes on the east end of Collingwood at its regular meeting April 16.

Change is constant for the team behind the masks at Collingwood's COVID test site
Jan 18, 2021 1:30 PM