Town 'recognizes' traffic problems at Starbucks drive-thru, no solution yet 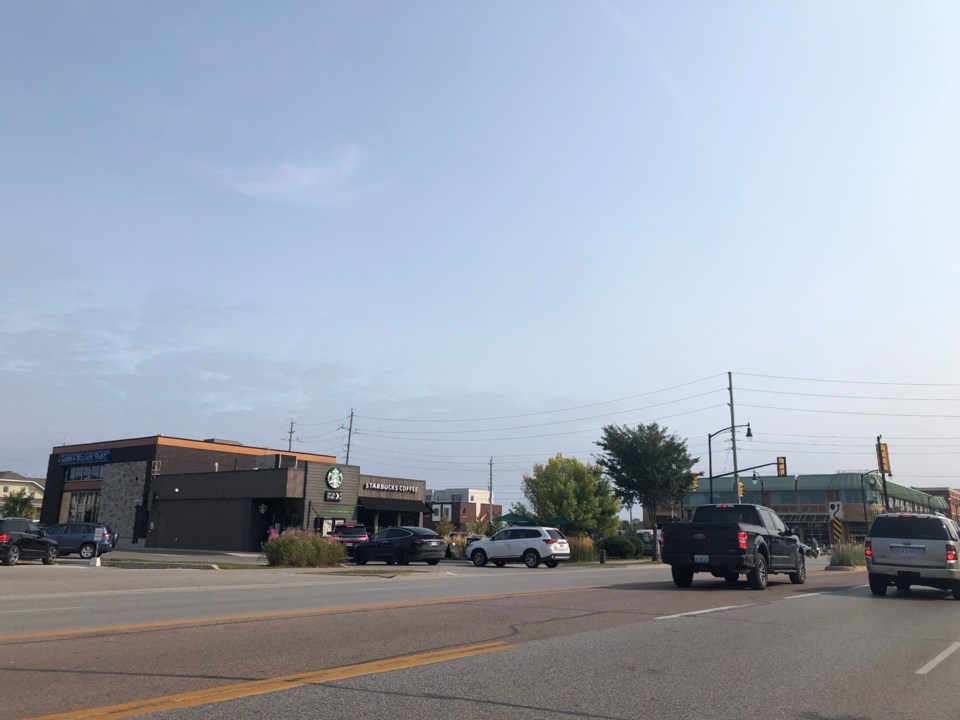 The only entrance for the drive-thru at Collingwood Starbucks is on First Street, just metres away from a busy intersection. Erika Engel/CollingwoodToday

The traffic congestion at the Starbucks drive-thru has promoted residents to send “unending complaints and advice” to council and staff.

According to Councillor Yvonne Hamlin, she’s received those notes and suggestions for “fixing the problem of cars backing up onto first Street and causing all manner of havoc.”

“We’re trying to work through a solution, but today we don’t have one,” said Slama.

“When this site recently went through a site plan application to expand the buildings … engineering and planning brought up the issue,” said Slama. “An interpretation at that time that was made was that their right for the access off First Street should be maintained.”

The town’s engineering department required the First Street access be for entrance only, and cars must now exit behind the building.

Slama noted there were some months when the only way customers could access Starbucks was via the drive-thru, and now some customers seem more comfortable with drive-thru instead of in-person service. She said the traffic issues appear to be “exacerbated” since COVID hit.

Slama said town staff have met with OPP and will be reaching out to talk to the owner of the property to discuss further what can be done.

“Vehicles stopping on the road is a violation of the Highway Traffic Act,” said Slama, noting it’s up to OPP to enforce it, but it seems a big job to constantly police the busy intersection. “One option we discussed was putting up a sign to remind motorists and drivers they shouldn’t be stopping traffic on First Street while they’re waiting to order a coffee.”

Slama said staff do recognize the problem and continue to work on ways of changing driving behaviour in the area.

COVID-19: Paper towel in short supply as people stay home, clean more, industry leader says
Sep 23, 2020 8:55 PM
Comments
We welcome your feedback and encourage you to share your thoughts. We ask that you be respectful of others and their points of view, refrain from personal attacks and stay on topic. To learn about our commenting policies and how we moderate, please read our Community Guidelines.