Titans ready for flag rugby 'when it's safe'

The local rugby organization is prepping for a 2021 season that could happen if Simcoe-Muskoka was put in the orange zone of the COVID-19 response framework
Apr 26, 2021 2:00 PM By: Erika Engel 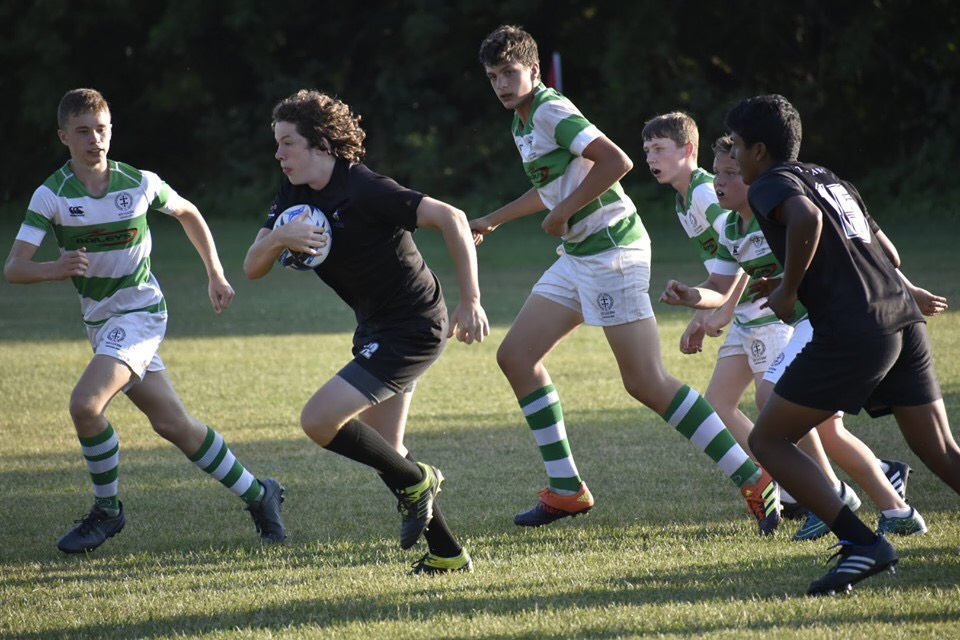 The Titans playing on a Collingwood field in 2019. This photo was taken before the COVID-19 pandemic. Contributed photo

Collingwood's rugby league is ready to get back on the field after a one-year hiatus, but without the scrums and tackles this season.

Georgian Bay Titans has opened registration for the 2021 season with a posted return-to-play policy pitching flag rugby to reduce the amount of contact between players.

Even flag rugby will have to wait for go ahead from the health unit.

"We can start when it's safe ... it's ready to go," said Todd Hammond, vice-president of the Georgian Bay Titans.

Specifically, the league is waiting for the Simcoe Muskoka District Health Unit to be put in orange zone or lower under the province's colour-coded COVID-19 response framework.

"When we get an orange rating in our area, we can begin useful training that would be fun, active, and safe for kids," said Hammond.

Currently, the province-wide shutdown and stay-at-home order supersedes the colour-coded framework, which is paused until further notice.

The return-to-play plan involves the league running non-contact rugby training and games involving brief, limited breaches of physical distancing between teammates and the opposition for the flag version of the field sport. The return-to-play policy also indicates there would be fewer players on the field than normal.

"Our fingers are crossed, I think, like every other sports group this year,' said Hammond.

The Georgian Bay Titans have seen increasing participation numbers over the last four to five years, with up to 190 registrants. There was no rugby in 2020, but in 2019, two of the league's junior teams played in provincial-level competitions.

"We had a lot of momentum building," said Hammond, noting it hurt not to continue that growth in 2020. "The biggest thing is to get some momentum and get kids playing again."

He said the league would survive another cancelled season because of sponsorships and fundraising, but it would be hard on players to miss two years and an entire age category.

Teams are co-ed from U6 to U14, and then they split into women's and men's leagues for U16 to adult.

Hammond said the Titans work to keep registration costs affordable with an $85 annual fee for minor athletes and $100 for junior and adult athletes.

The season typically runs from mid-May to August with fall sessions for older age groups.

To find out more about the Titans, or to register for the upcoming year, visit their website here.