The Comic Strippers bring their semi-undressed, unscripted show to Collingwood

The Canadian improv troupe will perform at the Gayety Theatre on Oct. 3
Sep 19, 2019 10:07 AM By: CollingwoodToday Staff 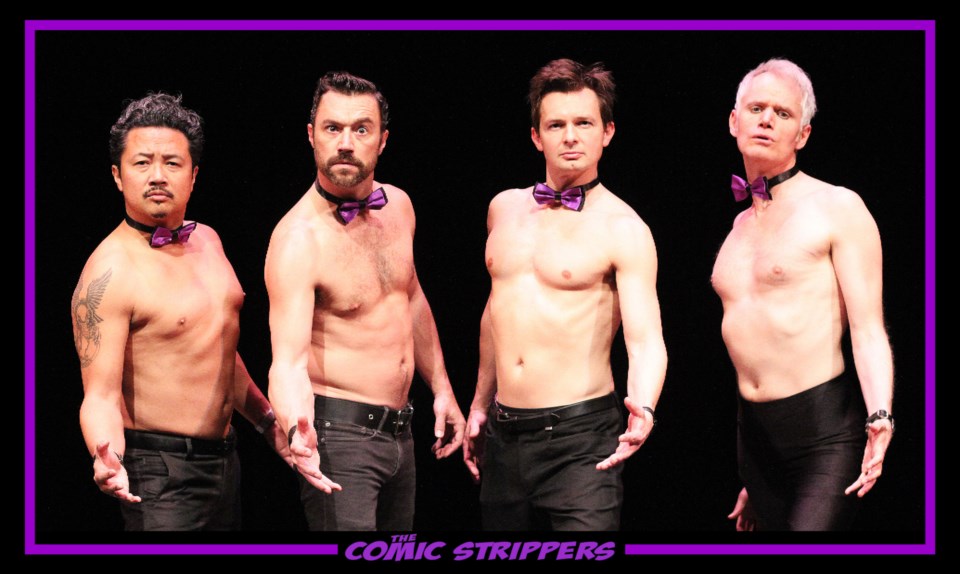 No shirts? No problem for this improv comedy troupe - The Comic Strippers. Contributed photo

An improv troupe will be bringing some of their stripped-down comedy to Collingwood later this fall.

The Comic Strippers - a fictitious male stripper troupe - is a cast of Canadian improvisational comedians putting the funny in sexy.

The cast performs semi-undressed and unscripted, and while the show is 19-plus, there’s no extreme nudity.

“The Comic Strippers take off their shirts and take on your suggestions to create a whole new genre of comedy,” states a press release issued by the troupe.

The show has won Best Live Production in the Canadian Comedy Awards, and the troupe will soon embark on an Ontario tour.

The four actors will perform in Collingwood on Oct. 3 at the Gayety Theatre, and Oct. 5 in Barrie at Georgian Theatre.

Parking measures in place at Blue Mountains beaches due to influx of beachgoers
Jul 4, 2020 9:30 AM

Good morning, Collingwood!
Jul 4, 2020 6:00 AM
Comments
We welcome your feedback and encourage you to share your thoughts. We ask that you be respectful of others and their points of view, refrain from personal attacks and stay on topic. To learn about our commenting policies and how we moderate, please read our Community Guidelines.