Tales from a taxicab driver 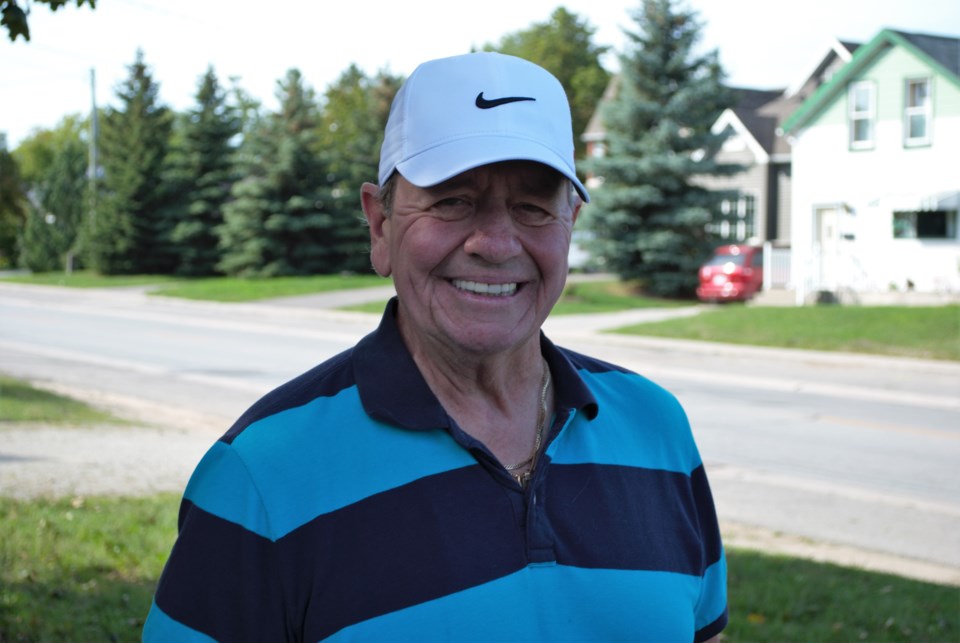 Paul Spencley is the former owner of Ace Cabs in Collingwood. Jessica Owen/CollingwoodToday

From the age of 16, Paul Spencley picked people up and dropped them off in his taxi, and has stories to tell.

For this week’s edition of People of Collingwood we sat down with Spencley, 65, former owner of Ace Cabs.

Q: How long have you lived in Collingwood?

A: I was born and raised here. I went to CCI (Collingwood Collegiate Institute).

A: Back in the day, my parents moved here from Sturgeon Falls and bought the Arlington Hotel. I have two siblings, but I was the only one born here. I still own the same house I was born in.

It’s sort of unique, being close to the main street.

As time rolled on, my dad got into the taxi business. He took over Ace Cabs, it was the oldest cab company in Collingwood. It was started in the early 1930s.

I was 14 when I started with him. I basically cleaned cars.

I got my license right at 16, and my dad put me right to work before and after school. (laughs)

Q: Did you pick her up in the taxi?

A: I used to sneak by and pick her up while she was walking to school. (laughs)

She and her girlfriend used to take the taxi.

I finally asked her out, and the rest is history.

My mom was a big help with bookkeeping and stuff like that.

I just sold Ace Cabs six years ago this October.

I had asked my kids if they wanted it. I have a son and a daughter. I told them I was getting out of the taxi business at 60 regardless. I’d given 46 years at it.

I had set them up (to run) OK Tire. They’re in business there.

Q: Do you have any crazy stories from your years driving a cab?

A: I used to work New Year’s Eve up in Blue Mountain.

There would be line ups of people. It looked like Las Vegas, with all the cabs.

Sometimes, people would try to pay me to let them get into a cab.

He asked me my name. He said he was going to report me.

I told him to go ahead. I told him Paul Spencley pays me $8 an hour to sit up there and listen to nice people like him. (laughs)

Q: Have you ever driven anybody famous?

A: We used to have a contract with the Shipyards.

I drove Doug Gilmour. There were hockey players. When Team Canada was practising here back in 1993, they’d take cabs. So that was interesting.

Q: You’ve been retired now for a few years. What do you do with your spare time?

A: I spend a lot of time with the kids at the tire place. That keeps me busy.

Being with Ace Cabs for so long, I’m a people person.

I never left it at just being a taxi company. There were spin-offs. I made the move in the 1980s when propane was the big fuel, the cheapest and cleanest. Eventually, I switched the whole fleet over the propane. From that, I started Ace Propane.

We also did the first trial run for a handicapped vehicle. That’s still running today.

Q: You’ve lived in Collingwood for years. What kinds of changes have you seen here over time?

A: There’s good and there’s bad. It’s so nice we have hockey back in Collingwood. It’s nice now that you can just walk down to the Eddie Bush and it’s right there. I have season tickets in Collingwood now.

The only drawback I find now is with Collingwood growing so much you can’t go down to Sunset Point without it being so busy.

Collingwood is just so busy now. It’s great for businesses.

Believers and skeptics; this local medium has seen it all
Aug 24, 2019 1:00 PM
Comments
We welcome your feedback and encourage you to share your thoughts. We ask that you be respectful of others and their points of view, refrain from personal attacks and stay on topic. To learn about our commenting policies and how we moderate, please read our Community Guidelines.