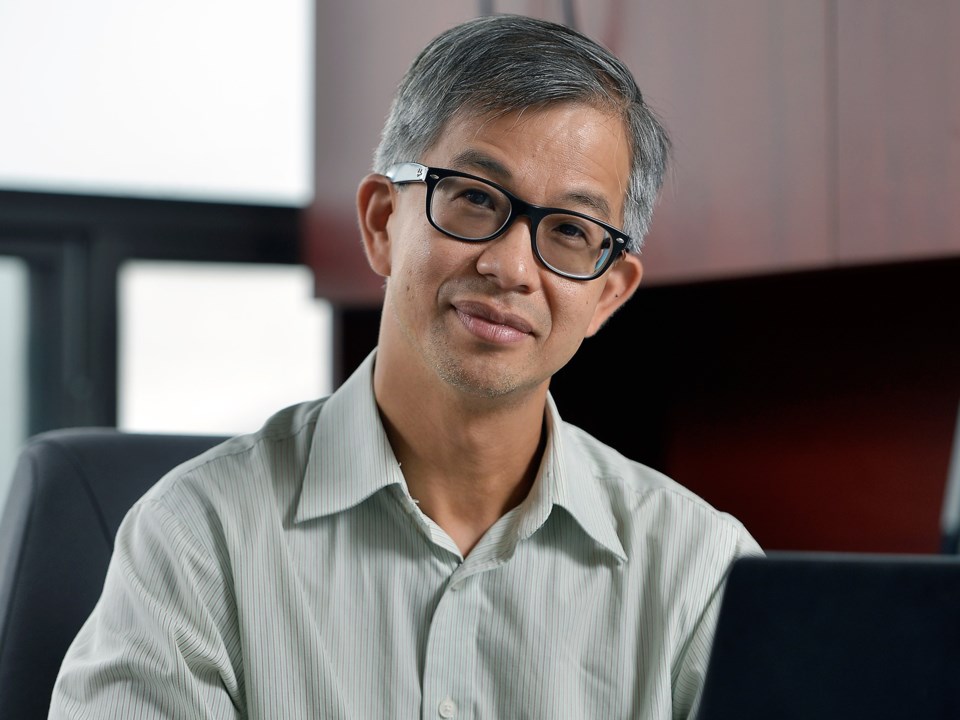 Residents and staff at Roberta Place — a long-term care home in south-end Barrie where a variant strain of COVID-19 has infected nearly 200 people and killed 19 residents — might have been protected had the province given vaccines or transport instructions it promised to Simcoe-Muskoka region.

“If we had this vaccine a month before we went in on Saturday, I think this outbreak would be a lot less severe,” said Dr. Colin Lee, associate medical officer of health for Simcoe Muskoka District Health Unit.

The  Pfizer-BioNTech vaccine arrived in the region before Christmas with the first person receiving a dose on Dec. 22. For the first three weeks, the health unit was not permitted to move the vaccine from its clinic on Sperling Drive in Barrie. As such, it was vaccinating health-care workers who could come to the clinic, not long-term care residents who couldn’t leave their homes.

A shipment of Moderna headed for Simcoe Muskoka was rerouted as the province pulled its Moderna supply into “high-risk” areas to fulfill its Jan. 5 promise to vaccinate long-term care residents in hot spot areas by Jan. 21.

By Jan. 11, the health unit received instructions from the province indicating they could move the Pfizer vaccine but with extra caution, and any doses moved could not be stored again.

By Jan. 18, the health unit announced it had vaccinated every eligible long-term care home resident in the region. Those already sick with COVID could not be vaccinated.

But it was 10 days after the outbreak at Roberta Place was declared. The health unit did vaccinate 21 of the home’s 137 residents and 135 of the 268 staff and caregivers on Jan. 17.

If the health unit was permitted to move the Pfizer vaccine earlier, or if it had received its promised Moderna vaccines, could Roberta Place residents and staff could have received at least the first dose before the outbreak hit?

“The painful short answer is absolutely,” said Lee. “It’s unfortunate that we were not able to move the vaccine we had and… with the Moderna vaccine, we would have moved it in (to long-term care homes) right away. These are the people we’re trying to protect.”

The health unit announced yesterday the Roberta Place outbreak involves a variant strain of the COVID-19 virus, one that is more contagious. Though testing has not yet revealed which strain it is, early study indicates it is mutated.

Within 48 hours of confirming the first case – a staff member who had contact with someone who had travelled internationally – there were 55 confirmed cases in the home.

Lee said the staff member followed all protocols. She was tested as part of the routine weekly testing, and once she experienced symptoms of illness she self-isolated at home. Following her self-isolation, she received a positive test result. Her test swab is one of six that showed evidence of being a variant strain.

“It just confirms how contagious this virus is,” said Lee. “Everyone, especially those in the home, is well aware of the consequences and severity of this illness on residents and staff here. I know they did everything they were told and recommended to do and despite that, within 48 hours we had 55 cases.”

The doctor said the Roberta Place outbreak will be studied extensively in order to learn what more could or should be done to protect other long-term care homes, and perhaps to learn more about the variant strains.

“The first lesson is the vaccine needs to get into the arms of long-term care home residents,” said Lee. “That has, unfortunately, been painfully obvious.”

The health unit received news earlier this week of a “severely diminished” vaccine supply, and Lee confirmed they will not be receiving any vaccine shipment this week.

“We have a small amount of vaccine left we have to juggle,” he said. “There are difficult choices we have to make, but (Roberta Place) is absolutely the top priority for immunization at this time. Whatever we have available we will certainly offer to anyone entering the home.”