There is no public service at the Collingwood cenotaph this Remembrance Day
Oct 30, 2020 12:30 PM By: Erika Engel 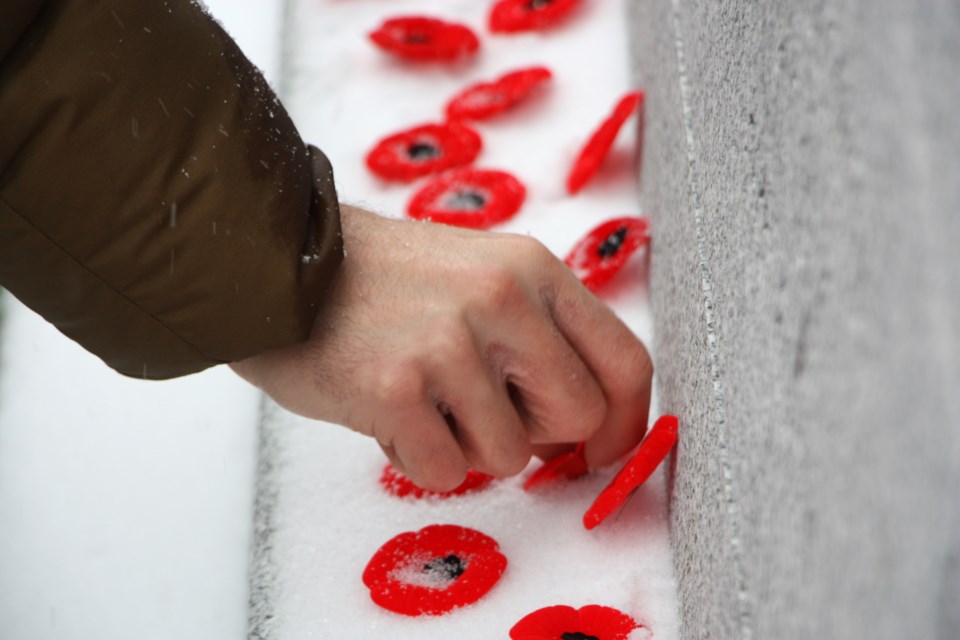 Attendees of the 2019 cenotaph service placed poppies on the monument following the ceremony. Erika Engel/CollingwoodToday

Collingwood Legion will not be hosting a Remembrance Day service at the cenotaph for the public this year.

"It's different, but it's what we have to do," said Legion president Rob Graham. "I don't want to say it's disappointing, because it's the reality of what's going on in the world right now. It's unfortunate, but it's the right thing to do."

Graham is instead encouraging Collingwood residents to stay at home and watch the national service on their televisions. He noted it's important for the safety of the Legion members and veterans not to have a large gathering at the cenotaph.

Some Legion members and a Padre will go to the cenotaph to lay a few wreaths and say a prayer.

"We're asking the general public not to come," said Graham. "Any more than 25 people at an outdoor gathering and we're subject to a fine. And we really don't want to be in that position. Plus it's the responsible thing to do."

The Ontario government is also asking members of the public not to gather on Remembrance Day, but to instead observe a moment of silence at 11 a.m. from wherever they are.

There will also be a live stream of the Queen's Park Ceremony of Remembrance at 10:45 a.m. on Nov. 11 on the premier's YouTube channel.

The Royal Canadian Legion National Headquarters will be broadcasting a Remembrance Day ceremony live on its Facebook Page on November 11. No spectators will be allowed at the Ottawa service.

CollingwoodToday.ca will have more information on the local poppy campaign soon.