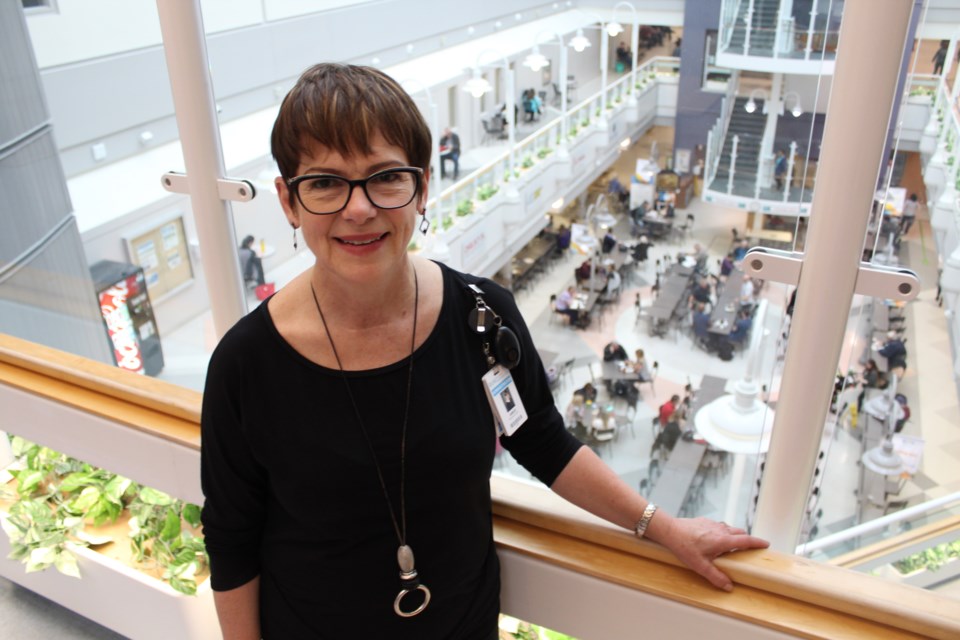 Staff at Collingwood General and Marine Hospital are familiar with over-capacity demands and overcrowding. It's part of the reason the hospital's administration is actively pursuing a new hospital for Collingwood.

A recent CBC News analysis shed light on hospital overcrowding province-wide, which has become so common in Ontario hospitals that patient beds are now placed in hallways and conference rooms routinely, and not just during surge events such as flu season.

Collingwood General and Marine Hospital is currently working toward a redevelopment plan for a new, bigger hospital. In an application to the province submitted in April 2019, Collingwood's hospital stated it was over 100 per cent capacity in 18 of 24 months.

"Generally speaking, there is inadequate space for delivery of service," states the hospital's submission to the province. "A significant increase in space is needed over the next 10 years. Virtually every department will be affected."

The neighbouring hospital in Barrie, which serves as a cancer treatment centre and specialized care facility for many patients from Collingwood, is experiencing over-capacity patient demand as well.

In 2019, about 3,000 people were treated in the hallways of the Royal Victoria Regional Health Centre (RVH) in Barrie.

Janice Skot, president and chief executive officer of RVH said the Barrie hospital has been in a surge situation for their adult beds every day for the past two years. Most days, she said, the hospital is at 110 per cent capacity, but there have been days where it reached 135 per cent.

Skot said currently, RVH has patients in beds in the hallways, and there is an extensive wait in the emergency department.

“It’s very hard on our patients and their families, and on our staff and physicians,” she said. “They’re spending their time in unbudgeted, unconventional spaces such as hallways, temporary surge units without windows or washrooms.”

The crowding is unsafe, according to Skot.

“To operate a hospital safely, we should be at about 90 per cent occupancy,” she said.

In an emergency situation where the hospital receives an influx of patients, the reserve capacity becomes crucial.

"It becomes a situation where it’s not easy to admit nor to discharge patients. We have more patients to care for than we actually have places for them,” said Skot.

Part of the issue, according to Skot, is a shortage of other health care such as long-term care beds.

“That’s about one in three patients that have actually been discharged from the hospital but can’t move on safely because they’re looking for things in the community,” she said.

Hospital gridlock occurs when in-patient beds are full, but patients continue to come in and present through emergency. If they need to be admitted, they have to wait in the emergency department on a stretcher until a bed becomes available.

“These are not the conditions in which we would want to provide care. We wouldn’t want it for our own loved ones, and we don’t want it for our patients,” she said. “Stretchers are uncomfortable ... as people become more crowded in small areas, the chance of infection is higher.”

Skot said foresight is needed to see the changing demographics that will be coming through the health care system to they can be better prepared for challenges.

“With the demographic changes, we have a higher percentage of elderly people in our community and moving into our community. We all know we use hospital services more as we grow older. This is going to have a significant impact,” she said. “Added to the impact of Barrie and South Simcoe growing, which means we not only need to plan for today’s patients, but also anticipating the population that will come and need health care.”

“It seems like a bit of a perfect storm,” she added.

Skot said work is underway locally to try to ease the burden on local health care to free up beds.

“It’s a complex situation where there are many groups and partners who need to work together, but when there are no beds available, this has a domino effect right across the hospital,” she said.

Carmine Stumpo, president and chief executive officer at Orillia Soldiers' Memorial Hospital (OSMH), said that while hallway health care isn’t a daily occurrence at OSMH, it does occasionally occur and is a concern. He said the hospital has opened a 12-bed Way Home unit to help ease congestion, where patients stay while waiting to get into long-term care elsewhere.

“Sometimes, we have to do what it takes to make sure patients are being served,” he said.

Stumpo said that generally OSMH is seeing higher volumes and the hospital hovers at about 100 per cent occupancy, but an issue he said is more concerning is a higher complexity of care for patients coming through the doors.

“Part of it is a result of our success. People are living longer. That’s a good thing. We’re seeing patients who may have, in the past, needed more hospitalizations, are living more in the community. But it also means patients are increasingly coming in with multiple concerns,” he said.

Stumpo said that in addition to conditions such as heart disease or diabetes, patients will also now come in with more mental health concerns, as well as more complicated social concerns that contribute to health, such as housing stability or food security.

“About 25 per cent of our beds are taken by people who could be treated elsewhere, however we don’t have enough of the resources available in that ‘elsewhere,’” Stumpo said, adding that elsewhere could mean long-term care, transitional or complex care. He said wait lists for those facilities can vary from weeks to years in some cases.

Stumpo also has concerns for OSMH staff in light of overcrowding.

“Prolonged periods of surge is a real concern of mine,” said Stumpo. “In the long-term we are concerned about burnout and sick time, because it’s not the ideal position.”

“When you’re running on the edge, it’s very difficult to maintain that pace for prolonged periods of time,” he added.

OSMH is part of the Couchiching Family Health Team, which was approved by the province in December as one of the first of 24 new health teams across Ontario.

“Our target focus for our first year is frail seniors, so it’s a perfect opportunity to reduce hallways health care,” he said. “We’re just getting off the ground but we’re very excited about working with each other. It will take time.”

2019 in review: Hospital still waiting for province on redevelopment application
Jan 3, 2020 4:00 PM
Comments
We welcome your feedback and encourage you to share your thoughts on this story. We ask that you be respectful of others and their points of view, refrain from personal attacks and stay on topic. To learn about our commenting policies and how we moderate, please read our Community Guidelines.