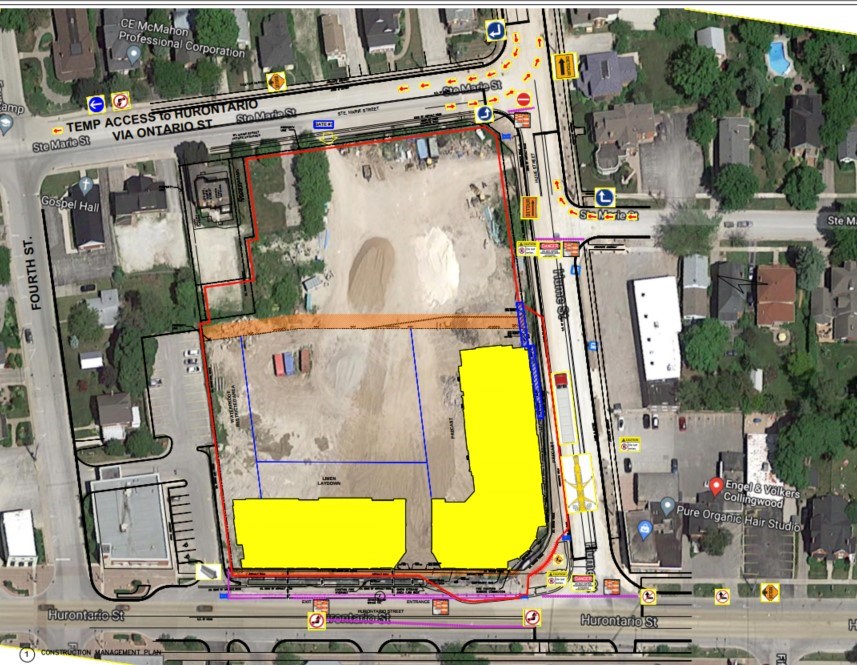 Graphic from Town of Collingwood

The Town of Collingwood confirmed this road closure previously scheduled for May 11 has been cancelled and will be rescheduled next week with the dates and times to be announced.

The town announced it will be closing a portion of Hume Street tomorrow to accommodate construction on the Monaco condo development at the corner of Hume and Hurontario Street.

Hume Street will be closed between Ste. Marie and Hurontario Streets between 7 a.m. and 3:30 p.m. on Tuesday, May 11.

According to the plans released by the condo building developer Stonebrook thus far, the first storey of the Monaco development will house upscale retail shops and the other five storeys will be condominiums ranging from single to three-bedroom units from 650 to 1,400 square feet.

The building is an L-shape fronting on Hume and Hurontario Streets with 100 above-ground guest parking spots behind the building. The Monaco development is located within the town's heritage district, and is on the former Admiral school site.