Officials vow to take a bite out of phragmites ... despite budget cuts

Plans are in place to start removal this month; 'We can still participate, we just have to be more creative with accessing resources to do them'
0
Aug 1, 2019 1:45 PM By: Jessica Owen 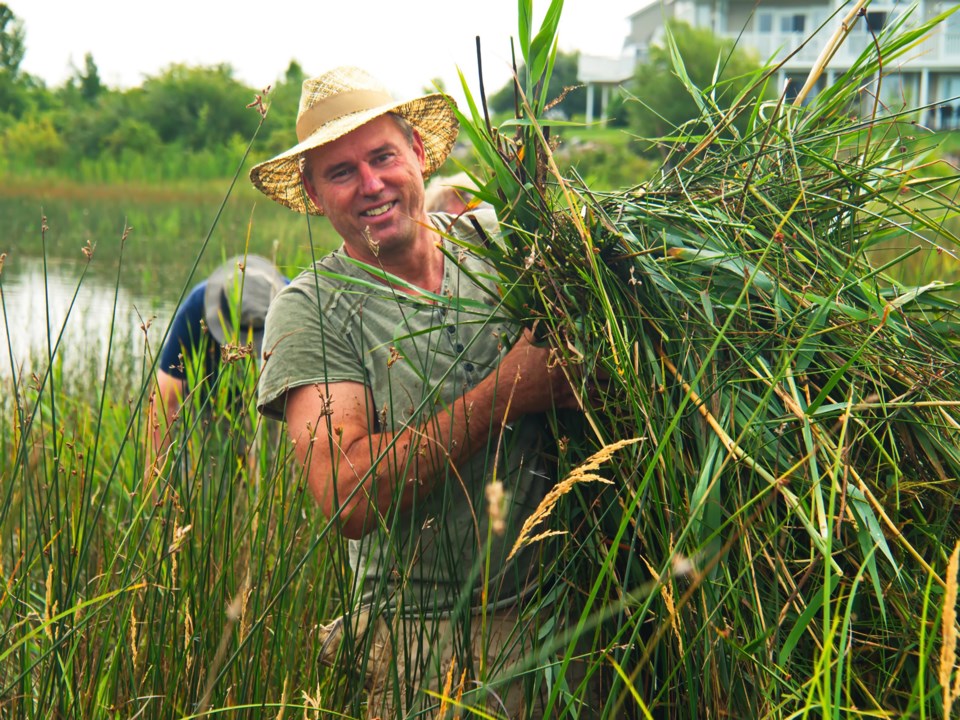 Phragmite removal efforts in 2018 in Collingwood. All the stalks cut down had to be bagged up and cooked in the sun to prevent them from spreading. Photo by Duncan Bristow

While provincial cuts through Bill 108 saw the Nottawasaga Valley Conservation Authority (NVCA) budget slashed, the authority is getting creative this year, with some private funding close to coming through to help remove the common reed.

“I think our budgets for this year are somewhat established. The changes don’t mean we can’t deliver these restoration projects. We can still participate, we just have to be more creative with accessing resources to do them,” said Fred Dobbs, manager of stewardship services with the NVCA.

The act makes significant changes to the planning appeals process and to development charges. The bill also makes changes to core mandates for conservation authorities including cutting back their budgets.

At Collingwood council on July 22 during a presentation about how the cuts would affect the NVCA, chief administrative officer Doug Hevenor said that in addition to other cuts, the organization has also seen their contract worker budget (including summer students) slashed by $15,000.

Currently, a work plan has been prepared by the NVCA and is being finalized, however some of the preparation had been hampered by the cuts.

“In the past, we’ve relied on summer job student grant programs, that are scarce this year,” said Dobbs. “We’re looking at a scenario where we’re looking at the likely funds coming in, what can we still achieve this late with the resources that are at our disposal?”

The NVCA works in partnership with Blue Mountain Watershed Trust to implement the phragmites control program, including applying for funding for the program.

While there is funding in the works, Dobbs said the NVCA is still waiting on the final word before getting removal underway this year.

“Things still look very optimistic,” said Dobbs. “We’re ramping up to prepare for this year’s program based on the positive comments we’ve received.”

Dobbs said the program works in collaboration with many other community partners, such as condominium owners along Georgian Bay.

“They’re already calling us to try to schedule their own events,” said Dobbs. “Because the resources didn’t look good until more recently... we’re just getting our feet under us right now.”

Overall, Dobbs said this year’s efforts might have a reduced scope over previous years, but the NVCA plans to try to maximize what they’ll be able to accomplish.

“It’s important to remove phragmites locally as they’re an invasive species. The plant can cause problems for infrastructure, as well as choke out other native species of flora,” said Dobbs. “It can break up road shoulders and cause structural issues.”

Some of this year’s efforts will focus on the Silver Creek Wetlands in Collingwood and other coastal wetland south of Georgian Bay, along the Canadian Shield.

“The problem with phragmites is it crowds out other diverse forms of wetland vegetation that may already be there, like various weeds and pond lilies,” said Dobbs. “It’s so dense it doesn’t provide opportunities for other wildlife, such as birds who are nesting.”

“The whole ecology changes, and not in a positive way, when this giant common reed comes in and dominates,” he added.

Bill 108 ‘a stealth downloading of costs to municipalities’: NVCA
Jul 30, 2019 1:30 PM
Comments
We welcome your feedback and encourage you to share your thoughts on this story. We ask that you be respectful of others and their points of view, refrain from personal attacks and stay on topic. To learn about our commenting policies and how we moderate, please read our Community Guidelines.