Mayor remembers father for his respect, passion for community

Jack Bonwick spent 40 years working for Collingwood Steamship Lines out of the Collingwood Shipyards, he was a municipal councillor, local volunteer and harbour master.
Apr 10, 2018 10:00 AM By: Erika Engel 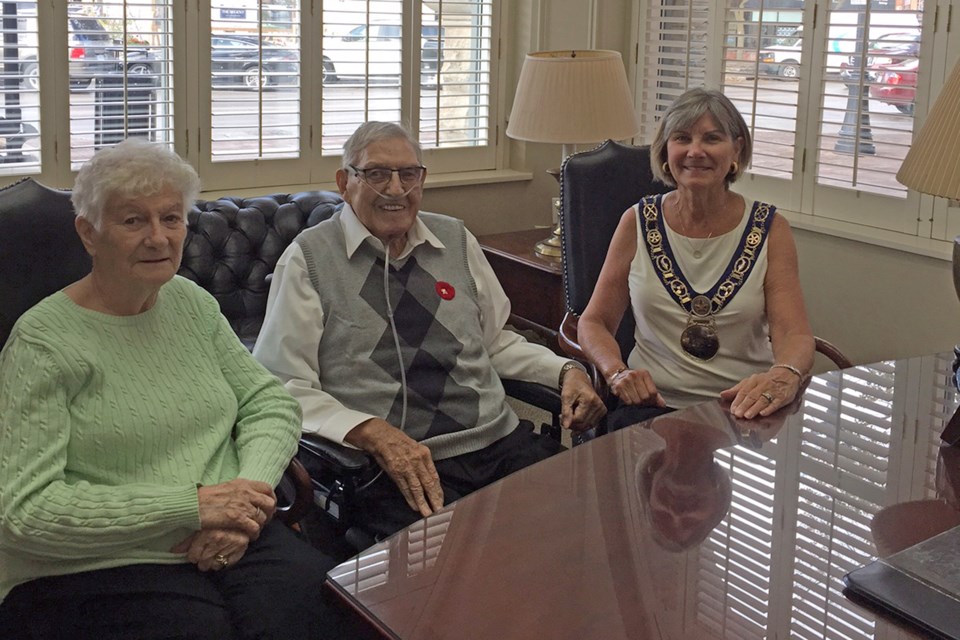 A man known for his tireless efforts to make his hometown of Collingwood a better place to live and work has died.

John Bonwick, or Jack as he was known locally, passed away Sunday, April 8 at 87 years old. His family was there to say goodbye.

Bonwick was born in Collingwood on June 20, 1930, and by the age of 16 he had started a career at the Collingwood Steamship Lines (CSL) at the Shipyard that would last nearly 40 years.

“My father was very proud of his hometown, Collingwood, and its people,” said Cooper. “He always strived to assist others for a better life both serving as a municipal councillor and as staff at the Collingwood Shipyards.”

Bonwick served as a municipal councillor from 1962 to 1965. At the same time he was the lead labour organizer at CSL and he is credited with bringing the United Steelworkers of America Union to Collingwood in 1963. He was the first president of Branch 6320 of the United Steel Workers of America. He later worked in human resources at the shipyards, served on the board for the Canada Steamship Lines Pension Fund and finished his career as the executive manager, responsible to the president of Canada Steamship Lines. He retired in 1984.

During his stint as a municipal councillor, he helped bring Collingwood its first radio station, and was the first elected official to raise the new Canadian Flag on the town clock tower on Feb. 15, 1965.

“The most important thing that made my father special was respect for others no matter who they were,” said Cooper.

After retirement, Bonwick continued to volunteer to help retirees with complex pension issues. He was also appointed Harbour Master by the Canadian Government from 1997 to 2005.

“My father had a loving family and many friends who will miss him,” said Cooper. “He encouraged his family to work hard and to appreciate how lucky we are to have family, friends and a home like Collingwood.”

Bonwick is survived by his wife Francis, his children Sandra Cooper, John Bonwick, Brian Bonwick, Cindy Doyle and Paul Bonwick. He had 12 grandchildren and seven great-grandchildren.

Visitation is scheduled for Friday, April 13 from 2 to 4 p.m. and 7 to 9 p.m. at Fawcett Funeral Home in Collingwood. A funeral is scheduled for Saturday, April 14, at 11 a.m. at All Saints Anglican Church, with a reception to follow at Noon at the Collingwood Curling Club, 250 Hume St. (wheelchair accessible). Friends and Family are welcome to attend and celebrate Jack's life. In lieu of flowers, the family would appreciate donations to the Collingwood General & Marine Hospital Foundation.