Lobbying can be useful if controlled, inquiry hears

Lobbying is potentially helpful, but should be carefully controlled, according to an often-referenced report by a former judicial inquiry commissioner.
Dec 2, 2019 3:30 PM By: Erika Engel 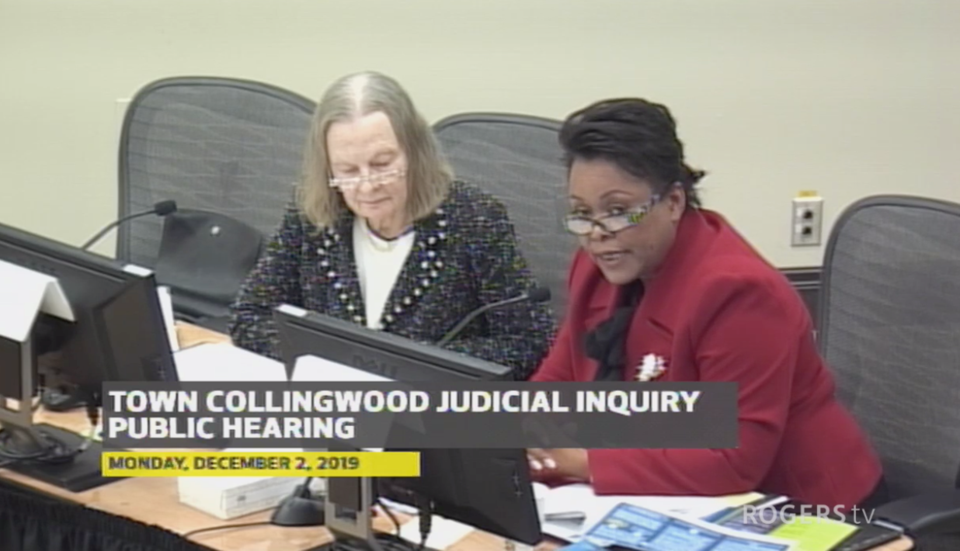 Lobbying is potentially helpful, but should be carefully controlled, according to an often-referenced report by a former judicial inquiry commissioner.

It’s the “carefully controlled” part of that statement by Honourable Madam Justice Denise Bellamy, commissioner of Toronto Computer Leasing Inquiry Report, which guided the discussion at the Collingwood Judicial Inquiry this afternoon.

Today, the inquiry heard from a panel of lobbyist registrars and integrity commissioners who were there to talk about lobbying and the policy and registration process used to control lobbying of government.

“Lobbying is generally perceived as a negative black art by the general public,” said Marleau. “Elected public officials need lobbyists in order to be better informed. They need specialty lobbyists to come forward for the development of better public policy … the lobbying they may be doing is to enhance the quality or the fairness of the outcomes.”

Gehrke argued registering as a lobbyist or a public official registering lobbying efforts contributes to transparency and relates to a municipality’s procurement policy.

“It’s essential the public have confidence the money the municipalities are spending is being spent with integrity,” said Gehrke.

Craig said councillors who regularly register conversations with lobbyists should be lauded not denounced.

“A lobbyist registry is actually a fairness snapshot,” said Craig. “It is not a got-ya type of tool. This is to inform you there are ways to interact between businesses and public office holders.”

In the three cities where the panellists have experience – Vaughan, Ottawa, and Toronto – there are varying definitions of lobbying and who is a lobbyist, but all agreed it is important the public knows who is talking, who they are representing, and what is being talked about.

According to the panellists' presentation, lobbying refers to communication intended to influence a decision whether that communication occurs in a formal or informal setting.

Craig said the City of Vaughan requires all parties involved in lobbying to agree to a code of conduct. There is a code for politicians, staff, and even vendors. She said it is required of a business or lobbyist to agree to the code of conduct before they are permitted to lobby.

“The premise of a lobbyist registry is honesty and integrity,” said Craig. “The City of Vaughan wanted it understood that if people wanted to do business with the city they had to do it in a certain way.”

In Toronto, Gehrke said they have a bylaw requiring all staff to be familiar with lobbying policies, which obligates the city to ensure staff have training on the policies.

In Vaughan, Craig said she requires lobbyists to provide information such as their affiliates, whether they are a numbered company, and where they do their banking. Not all of that is made public, but it is gathered with the intention of understanding the purpose and motivation for the lobbying.

Overall, the panellists stressed a lobbyist registry and policy is meant to protect the municipality legally and financially, and to provide the public with confidence in the way funds are being spent and decisions are being made.

The inquiry hearings conclude today with testimony from Collingwood Chief Administrative Officer Fareed Amin, who is explaining to the inquiry the latest initiatives undertaken by the town since the inquiry has been called.

Public inquiries 'shine a light in the cracks' says former commissioner
Nov 27, 2019 1:45 PM
Comments
We welcome your feedback and encourage you to share your thoughts. We ask that you be respectful of others and their points of view, refrain from personal attacks and stay on topic. To learn about our commenting policies and how we moderate, please read our Community Guidelines.