Crash Test Dummies will also be on hand for a night of non-stop Canadian hits at Burl's Creek
Jul 5, 2018 9:55 AM By: BarrieToday Staff 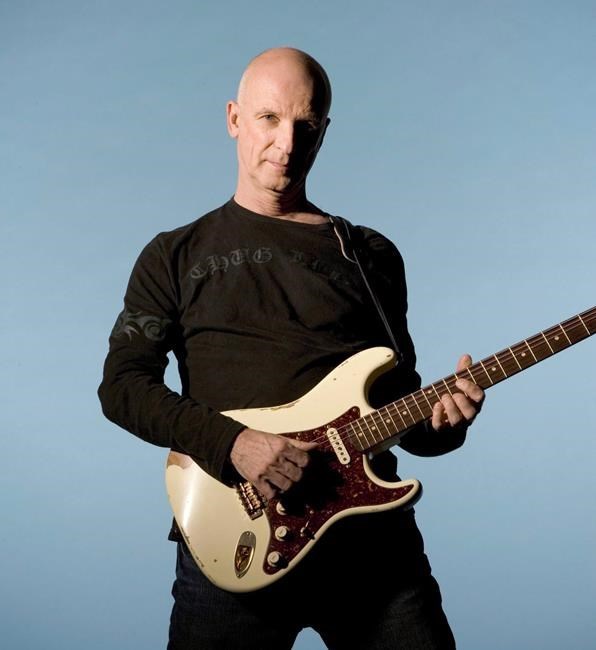 Kim Mitchell has been added to an impressive lineup of performers July 22 at Burl's Creek. Al Pettman photo

NEWS RELEASE
REPUBLIC LIVE
*************************
ORO-MEDONTE – Republic Live, the owner and operator of Burl’s Creek Event Grounds, is thrilled to announce that the one and only Kim Mitchell will be doing his Rock N' Roll Duty on July 22 after being added to the Barenaked Ladies bill.

Crash Test Dummies will also be on hand for a night of non-stop Canadian hits at Burl's Creek. Tickets are on sale now and can be purchased at www.Eventbrite.ca.

"You can always count on Kim Mitchell to deliver a night of ripping guitar and feel good summer time hits.” said Lisa Zechmeister, Director of Booking and Development at Burl’s Creek Event Grounds. “Having Barenaked Ladies, Kim Mitchell, and Crash Test Dummies all on the same night is a perfect fit for our Canadian rockers in Oro-Medonte and Simcoe County. I wouldn't be at all surprised if we saw fans with a few strings of patio lanterns showing up at the doors."

BNL have been together for nearly three decades, produced 15 studio albums which have collectively sold more than 15 million copies, won eight JUNO Awards, earned multiple Grammy nominations, a U.S. chart-topping single (“One Week”) and the theme song to one of TV’s most popular shows, The Big Bang Theory. Their 15th studio album Fake Nudes was released November 17th 2017 and features the single ‘Bringing It Home’.

Kim Mitchell has achieved gold and multiplatinum sales status over a long and storied career, starting early on as leader of the musically influential and eclectic Max Webster (5 albums), a band who in the late 70’s defined “alternative” and “independent” long before the words became clichés. He has won three Juno Awards and a SOCAN 100,000 Radio Plays Award for his certified hit, “Patio Lanterns.”

He is a gifted and peer-respected guitar player as well as an acclaimed songwriter, having penned (in partnership with Pye Dubois) and recorded numerous classic hits including “Go For Soda”, “Rock N Roll Duty”, “Patio Lanterns”, “I am a Wild Party”, “Easy To Tame” and “All We Are”, all songs that have become part of the Canadian musical genome.

Crash Test Dummies are a Canadian rock band from Winnipeg, Manitoba and are most identifiable through Brad Roberts (vocals, guitar) and his distinctive baritone-bass voice. The band is best known internationally for their single "Mmm Mmm Mmm Mmm" and best known in Canada for their single "Superman's Song." Throughout their career, Crash Test Dummies have experimented with many different styles and genres of music. These styles include the acoustic folk rock of The Ghosts That Haunt Me, the electric alternative rock of A Worm's Life, the urban influences of Give Yourself a Hand, and the optigan-based compositions of Oooh La La!.

Burl's Creek is Canada's largest outdoor event venue, with the capacity to host more than 100,000 people and 45,000 campers. With over 600 acres of pristine grounds featuring a natural amphitheater, VIP areas, and a Friday Farmer's Market summer series, Burl's Creek is the perfect destination for everything from major music festivals to outdoor concerts, weddings, fundraisers, and sporting events.

Located between the 7th and 9th Lines in Oro-Medonte, the grounds are one hour from Toronto and a 15 minute drive north of Barrie. Burl's Creek annually plays host to Boots and Hearts Music Festival, Canada's largest country and camping music festival, the Barrie Automotive Flea Market, as well as many other unique events each year. For more information, please visit www.burlscreek.com.