It's shoe box season, here's where you can deliver yours

You can join the packing party, or bring in one of your own, either way it could be the only gift a child ever receives.
Oct 19, 2018 9:00 AM By: Erika Engel 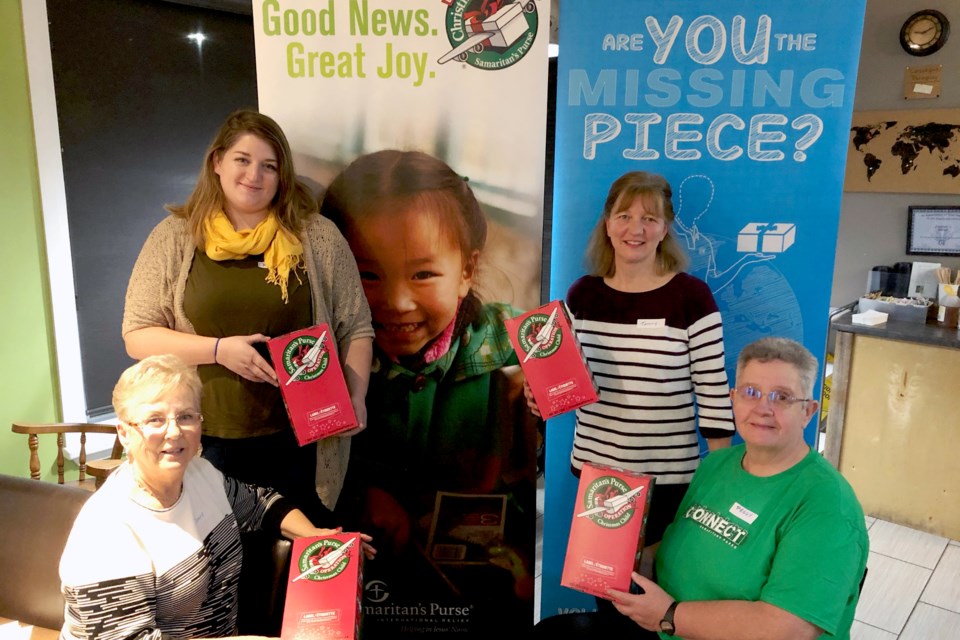 A mission that began 25 years ago in the UK now reaches many corners of the world and there are agents from Collingwood involved in the operation.

Operatives gathered at a cafe after dark surrounded by the tools they’ll need to accomplish the directive this year - hundreds of shoeboxes.

Operation Christmas Child, under the umbrella of disaster-relief organization Samaritan’s Purse, has collected and distributed 157 million shoeboxes packed full of gifts to children in 100 countries over the world who otherwise have never received a Christmas gift, or perhaps any gift. Canadians play a big role in the effort. Last year, Canadians donated 615,120 shoeboxes.

Tammy McGill is the church relations team member in Collingwood and will be coordinating a collection centre in Collingwood, which is the first time for such a centre locally. In previous years, local churches have acted as unofficial collection centres by amassing shoeboxes packed in the community and bringing them to Barrie.

McGill said she’s been involved in the local effort to collect shoebox gifts for a decade.

“The best way the community can help is to fill a shoebox,” said McGill. “And donate $10.”

Joel Bradley oversees the central Ontario operation and has taken many trips with Operation Christmas Child to hand out the shoeboxes.

According to Bradley, kids will only receive one shoebox in their lifetime, and he’s seen them light up with excitement and disbelief at receiving a gift.

“It’s not even the individual stuff, it’s the gift itself,” said Bradley.

When it comes to items to include in the box, Bradley said kids are kids. He said they love to receive school supplies because it gives them more opportunity for an education.

Other popular items are toys, clothing, and hygiene items. You can learn more about packing a shoebox here.

There will also be a bake sale, hot chocolate with whipped cream, and a warm spot from which to watch the parade. You can drop off a packed shoe box at the event or stay to pack one with the group.