In 2020, Collingwood's Elvis Festival could be under new management

The town currently has three expressions of interest for operation of the 2020 Collingwood Elvis Festival
Jun 4, 2019 8:30 AM By: Erika Engel 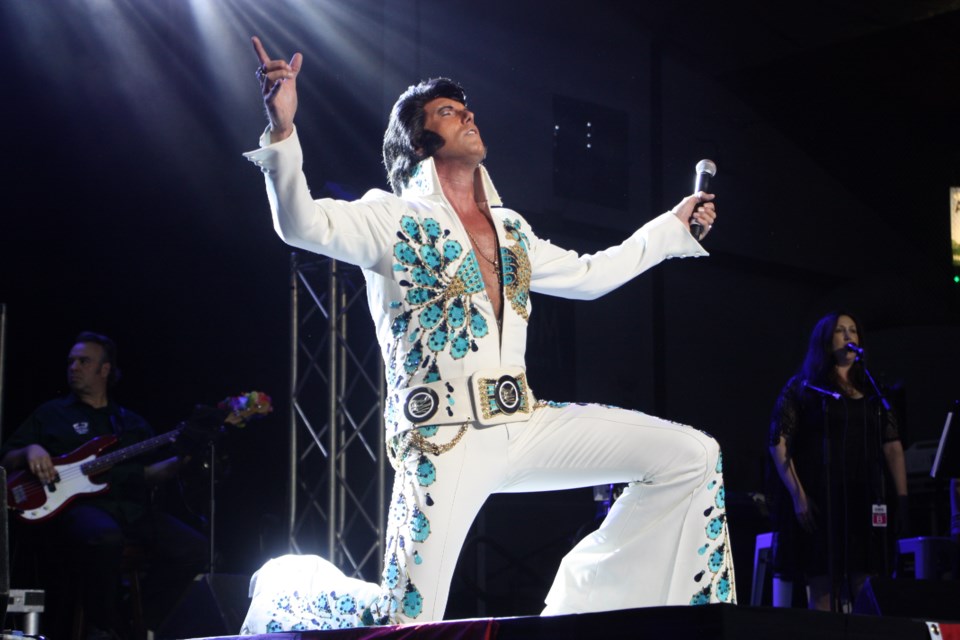 Elvis may have left the building, but he is coming back to Collingwood.

After the 2019 Collingwood Elvis Festival the town will no longer be operating the annual event, but it could continue in Collingwood under new management.

At the Corporate and Community Services Standing Committee meeting last night (June 3) the committee voted unanimously to allow staff to use the special events permit process to select a private operator for the 2020 Collingwood Elvis Festival.

In April, 2019, all of council voted not to continue the Collingwood Elvis Festival as a municipally-run event, however that left the door open for private enterprise to step in an run the event.

According to Karen Cubitt, manager of culture and events, the town currently has three expressions of interest from businesses looking to run the 2020 Elvis Festival in Collingwood.

The committee did consider whether or not to put the operation of the festival into the public realm in a competitive bid process, but ultimately decided to use a first-come, first-serve selection process and special event permit application.

Cubitt presented a staff report to the committee from the parks, recreation, and culture department stating a competitive bid process would require the town to stay involved and maintain a licence agreement with Elvis Presley Enterprise (a cost of US$8,500 annually). The town could then send out a request for proposal and assess the bidders event management experience and capabilities as well as the value of the bids.

“The town would essentially still be the owner of the festival, overseeing its management,” states the staff report. “This is not a complete divestiture of the festival … staff resources, to some extent, would be required to continue.”

Cubitt said the current special event permit process does include some support from town staff in the interest of making sure events run in Collingwood are successful where possible.

Through the special event permit process, the option selected by the committee, the town would “more significantly” divest its involvement in the festival.

The special event permit applications are received and reviewed on a first-come, first-served basis.

The applicant must meet conditions put forward by the clerk, the parks, recreation and culture department, the fire department, OPP, public works, and the BIA for events in the downtown district. The applicant in the special event permit process is typically asked for traffic management plans, security and emergency plans, noise control plans, and proof of insurance, according to the staff report.

Cubitt said, in the case of the Elvis festival, the town would also be asking to see proof of the licensing agreement with Elvis Presley Enterprises.

If the first applicant is unable to meet the conditions, staff will not issue a permit, and will move on to the next proposal in queue.

The fee for a special event permit for the Collingwood Elvis Festival would be $750, and the town would also receive revenue from the rental of town-owned facilities and property for the Elvis Festival should a successful applicant be issued a permit.

In April, the town already had an unsolicited proposal from Gardhouse Enterprises Inc. to take over operation of the festival. It’s unclear who submitted the other two expressions of interest to the town since then.

Though the committee voted unanimously in favour of the special event permit process, the vote will go to council at the June 10 meeting for a final decision.

The town will operate the Collingwood Elvis Festival next month as usual, and this will be the 25th anniversary of the festival in Collingwood.

Elvis fans are skeptical about private management of Collingwood's Elvis Festival
Apr 2, 2019 9:36 AM
Comments
We welcome your feedback and encourage you to share your thoughts. We ask that you be respectful of others and their points of view, refrain from personal attacks and stay on topic. To learn about our commenting policies and how we moderate, please read our Community Guidelines.